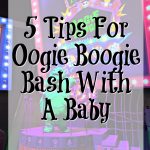 Well, we did it! We survived taking a 2 month old to Disneyland! Emmett rocked the weekend! He was a champ on the plane (he slept for the majority of it) and enjoyed the parts of Disneyland he experienced. We decided to add in a night of the Oogie Boogie Bash to our itinerary, and it was a blast. Originally, we were a bit worried about experiencing the Oogie Boogie Bash with a baby, but he did amazing, despite it starting around his bed time.

This was the first time we had ever done one of the party events at a Disney Park so I wasn’t quite sure what to expect or how to properly plan. Since this was also the first year for the Oogie Boogie Bash, there was limited information available on the interwebs for me to research before our trip.

Now that we have experienced the Oogie Boogie Bash with a baby, I have a few tips on what went well, and what I wish we had done differently. 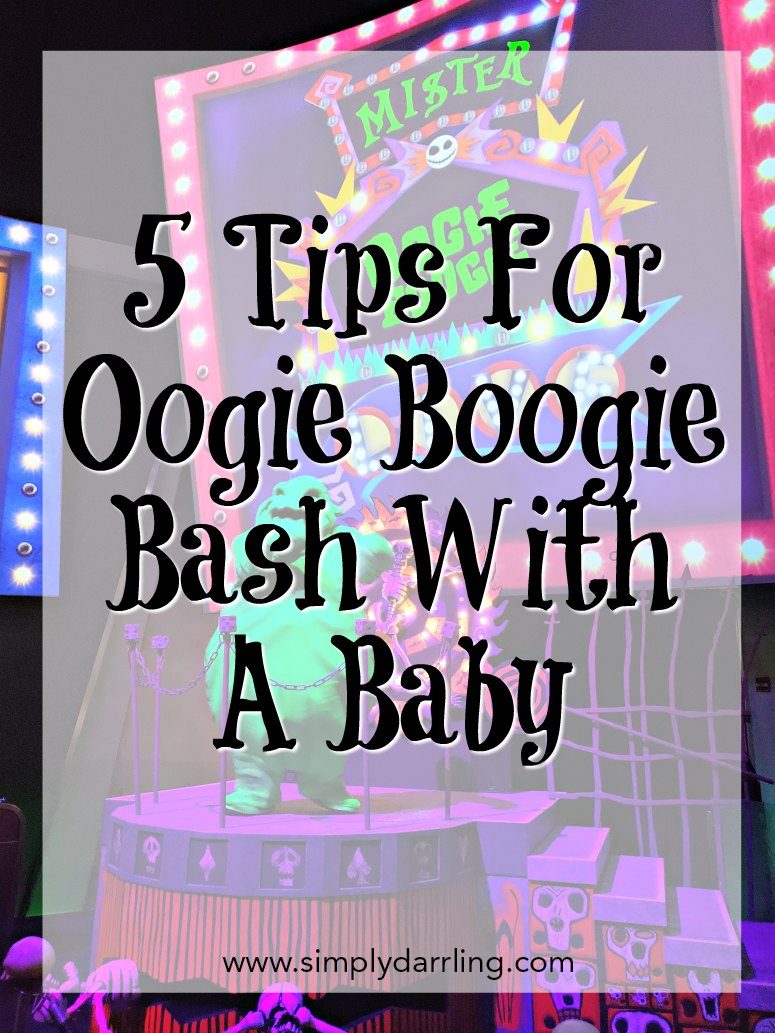 Tip #1: Have Downtime Before the Party

We were up bright and early Sunday morning to hit Early Morning Magic at California Adventure. We hit some of the big rides with short lines, then headed over to Disneyland to get a few fast passes in before the crowds really arrived. About 1PM we headed back to the hotel for some downtime before getting ready to head back out.

During these few hours, Emmett was able to get a nap, cool off, and fill his belly before we headed out for the evening. How much downtime to plan for before the party really depends on how well your child will nap in the stroller or infant carrier. While Emmett got plenty of sleep throughout the day, the toddler we traveled with could have used some more sleep before heading out to the party.

The characters at the Oogie Boogie Bash tend to be unique and aren’t available outside of the party. Because of this, they tend to have long lines. We actually skipped the characters for this event. If Emmett was a bit older, or if our traveling companions had wanted to see any character in particular than we would have waited, but for this trip we opted out of them.

Villains Grove is set up in the Redwood Creek Challenge Trail. The line appeared to be long, but it moved pretty fast. Once inside, there are great visuals for babies to experience the trail. 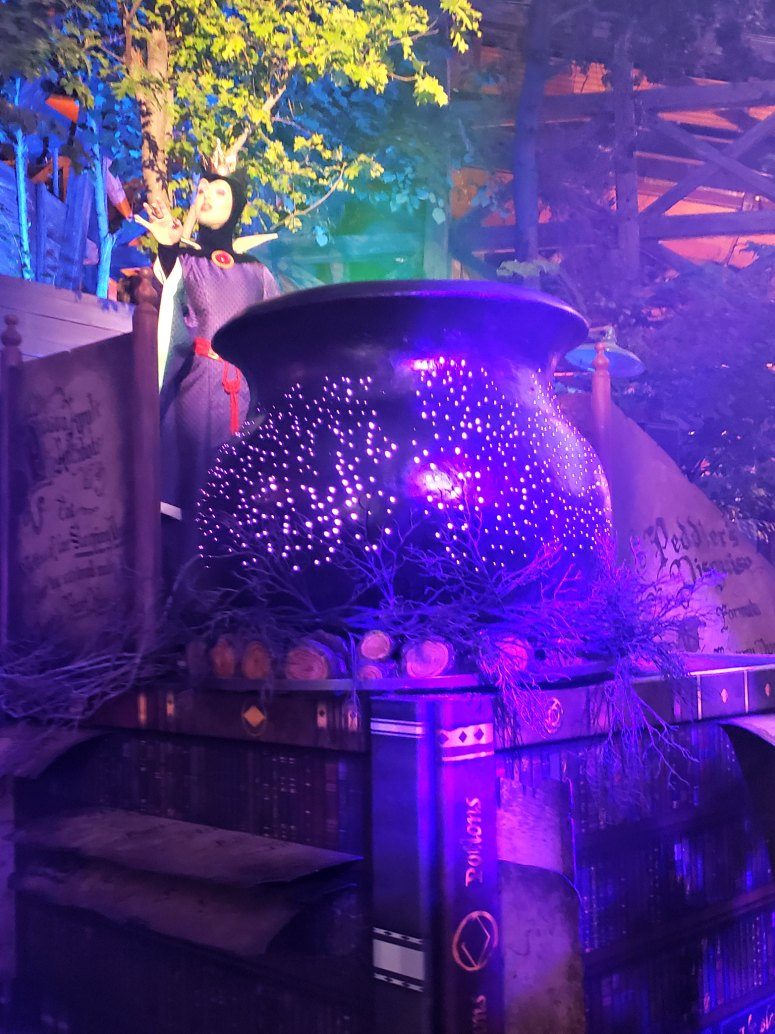 Fortunately, since the Oogie Boogie Bash is a separate ticketed event, the crowds are quite a bit smaller. We found a spot about 7:30 (the Headless Horseman rides through the parade route at 8PM and then the parade is at 8:10). We got a spot near Ariel’s Undersea Adventure, and the parade got to us about 4 minutes later.

The parade and light show can be a bit loud, so I’d recommend a pair of Baby Banz. Emmett loved watching the shows, especially Villainous (and World of Color on the previous night). 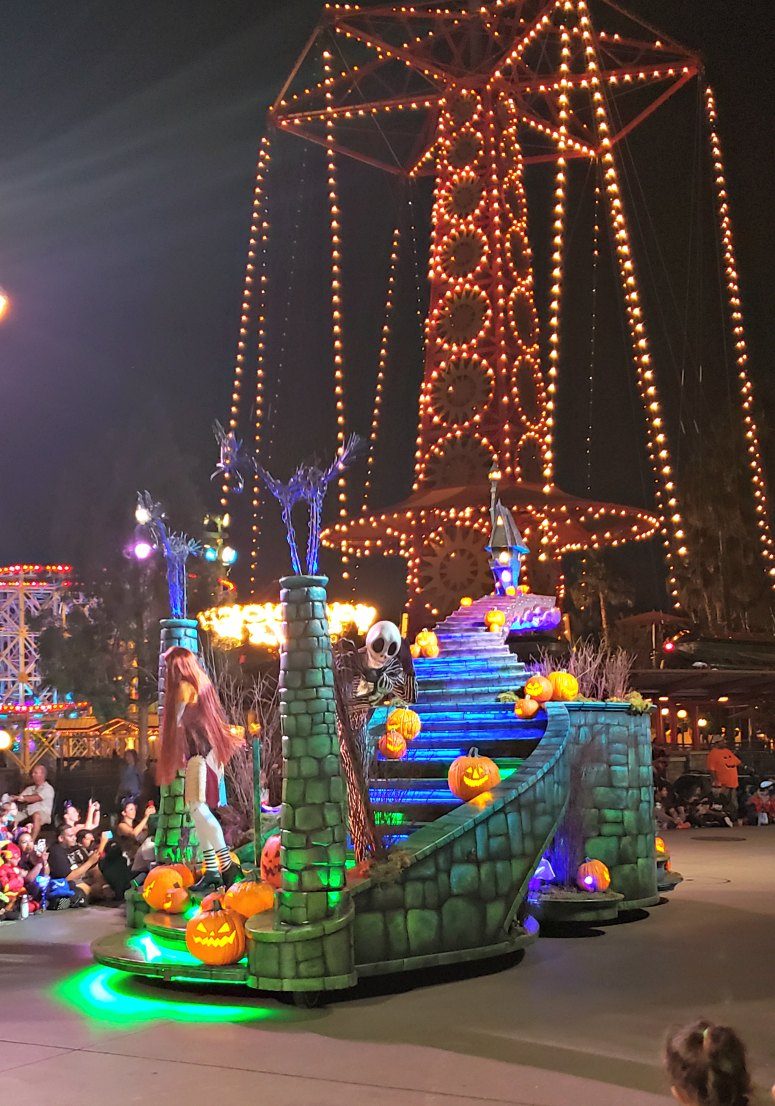 Prior to our trip, I had purchased these glow in the dark Mickey Trick or Treat bags. They squished nicely into the suitcase and were a fun addition to the treat trails. Small bags are handed out when you pick up the wristband, but they are easily filled within the first trail or two. In addition to candy, healthier items are handed out such as baby carrots, apple slices, and grapes.

On the first trail, I did ask for the allergy friendly item so that I knew Brad would get at least one or two things he could enjoy. They had a small bucket containing mini bags of Albanese Gummy Bears (seriously, the best gummy candy ever). 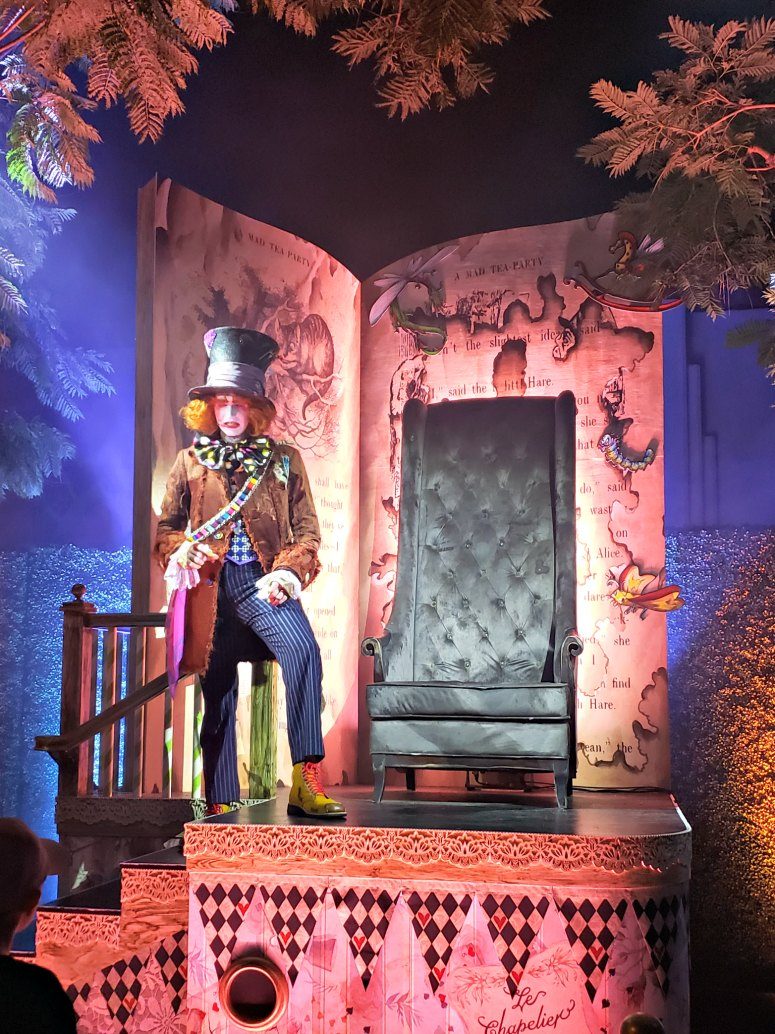 Much of our schedule was set around nap and feeding times. The itinerary may need to get swapped around in order to accommodate a meal or finding a quiet place to fall asleep. Since we weren’t quite sure what to expect during the Oogie Boogie Bash, our expectations were to watch the parade/light show, get some treats, and go on a bunch of rides with short wait times.

Fortunately, Emmett slept like a champ in his Tula carrier. We went with the “Free To Grow” configuration and the Coast version in order to get the mesh panel on the back and avoid the infant insert.

I don’t think I saw a ride wait time over 15 minutes the entire evening. Brad doesn’t do many rides (basically, if Emmett could do the ride then so could Brad) so he would hang out with Emmett and Brody while Kevin, Renee, Jaxson, and I would do a ride. If both parents want to do the ride, the wait time is short enough to easily switch off.

There is SOOOO MUCH to do during the party, you simply won’t be able to do it all. Pick the top items and focus on making those events. I had planned on seeing the DecenDANCE and Mickey’s Trick or Treat Show, but neither of them ended up working into the evening. 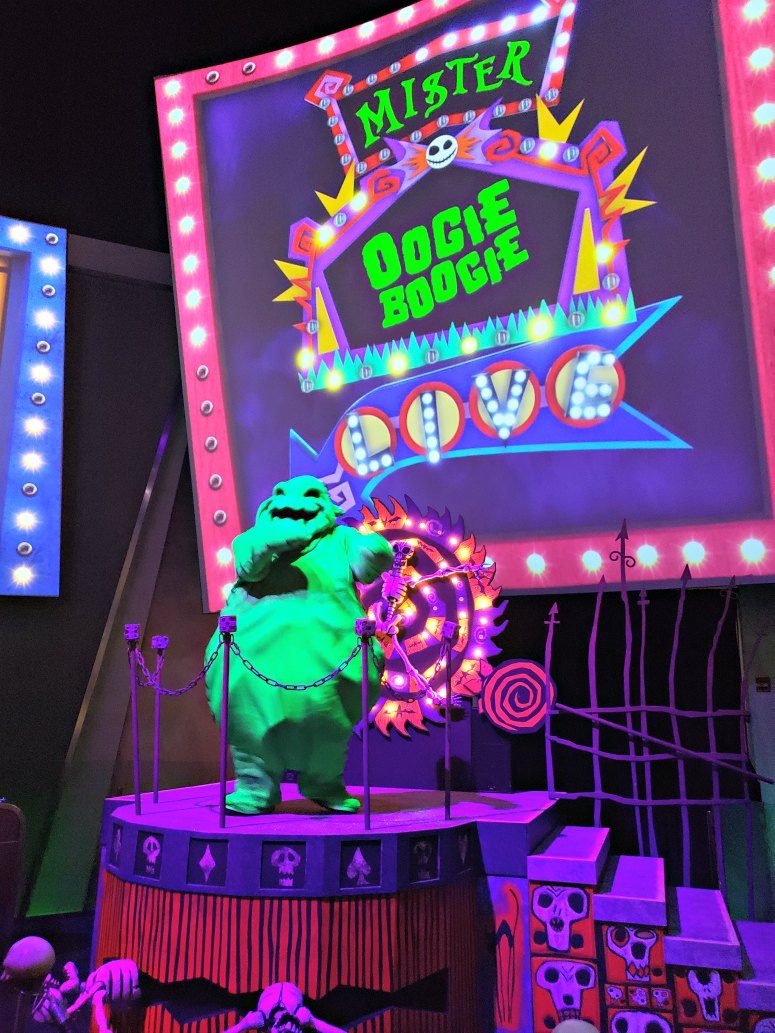 What I Would Have Done Differently

The number one thing I would have done differently was taken some time when we first got the map to really make a gameplan and figure out your path through the park. There were a few times where I was being asked “where to next” and was looking at the map trying to evaluate the timing til the next thing, kids’ moods, and how far of a walk it was. If I had taken 5-10 minutes and really thought it through, we probably could have squeezed in a couple more items.

Now this plan does still need to be flexible in order to accommodate the baby’s schedule, but it at least will give an outline to how the evening could proceed.

I would have also taken time to get photos of us during the evening. I took photos of the things happening during the party, but I have literally zero photos of us in our costumes from the party (I did make Emmett put it back on the next day at Disneyland when we met with a photographer so I’ll have some soon).

I’m looking forward to attending future Disney parties, maybe the next one will be Mickey’s Christmas Party at Walt Disney World (if we’re brave enough to fly cross country).