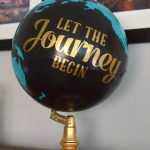 Since we are doing a travel themed nursery, when I came across an old globe at my local thrift store I knew that it would be a fun addition into the room. I wasn’t sure exactly what I wanted to do with it at first, but a couple weekends ago Brad was at the Husky game so I finally pulled it out of the garage and got to work. 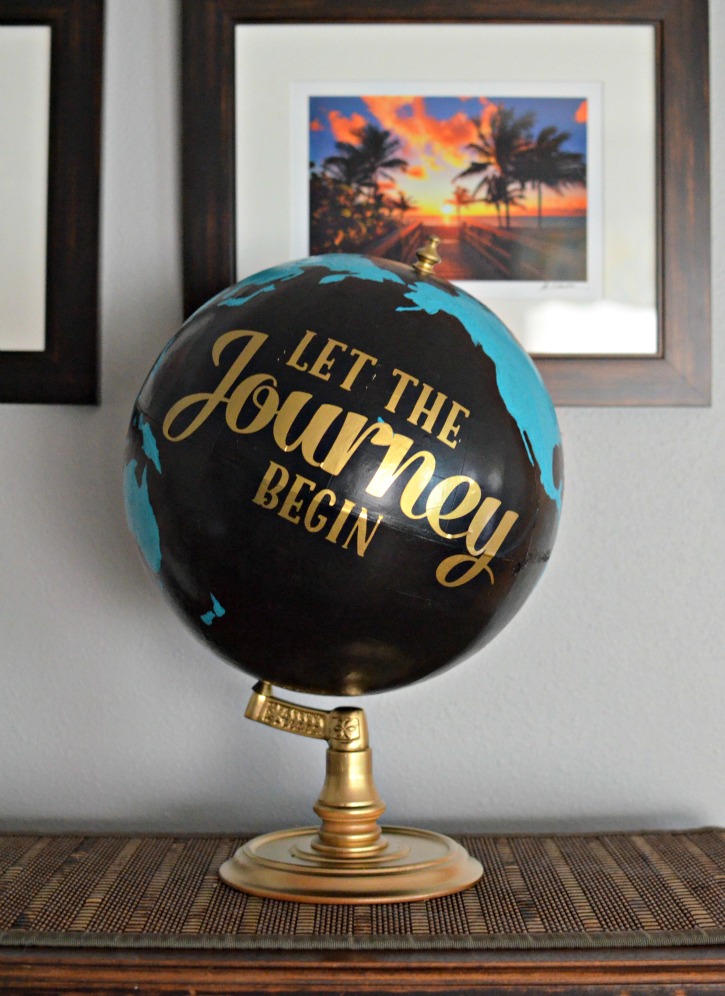 Our nursery colors are grey and white with a few teal accents thrown in so I knew that I wanted the globe to be somewhat neutral to fit in with that. The fist thing I did was outline the continents in black sharpie so that I could easily see the shapes that I needed to paint.  Some of the smaller island countries got submerged into the ocean as I was going for a more general shape of the continents.

Next, I pulled out the some black paint and started painting in the oceans. It took 2-3 coats to really cover the globe well. I had to do this per hemisphere to avoid getting wet paint everywhere, as I was putting the globe back together I realized that I should have put it back on its axis before painting so that I could have used it as the rotation point throughout the painting process.

Once the black had dried, I filled in the continents with teal. This also took 2-3 coats to cover all the words on the globe. Once everything had dried, I put it back onto the stand (which had been spray painted gold) and then did final touch ups on the paint. 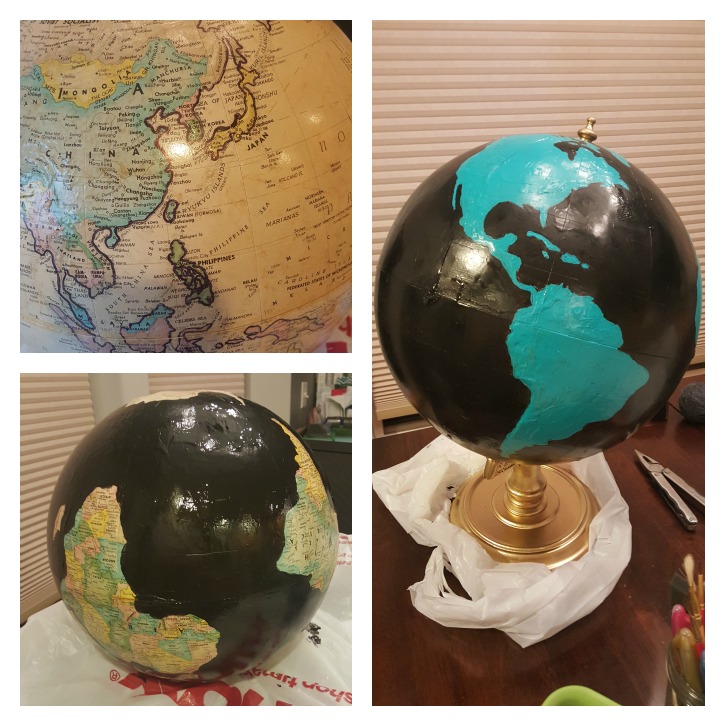 Originally, I wanted to cut out vinyl for each of the continents; however, after looking at some inspiration pictures on Pinterest I noticed that all the ones I really liked had been hand painted and would be hard to replicate with vinyl. I then moved onto some sort of saying to put across the Pacific Ocean (since it is a huge black space on the globe). Since this globe’s final location will be in the nursery I felt that “Let the Journey Begin” was fitting. It went along with our adoption announcement photo which said “We’re On An Adventure To Find Our Baby” across a map. 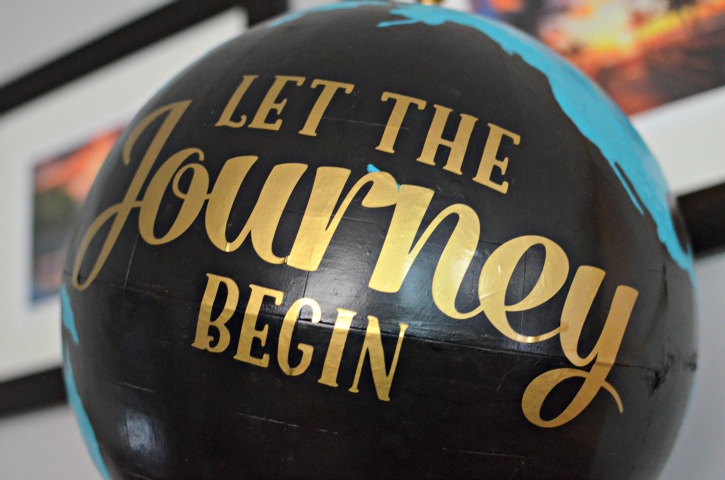 The globe turned out absolutely amazing! It is probably a good thing that I didn’t know that it was going to take me over 5 hours to paint when I started or this globe might still be sitting in my garage. 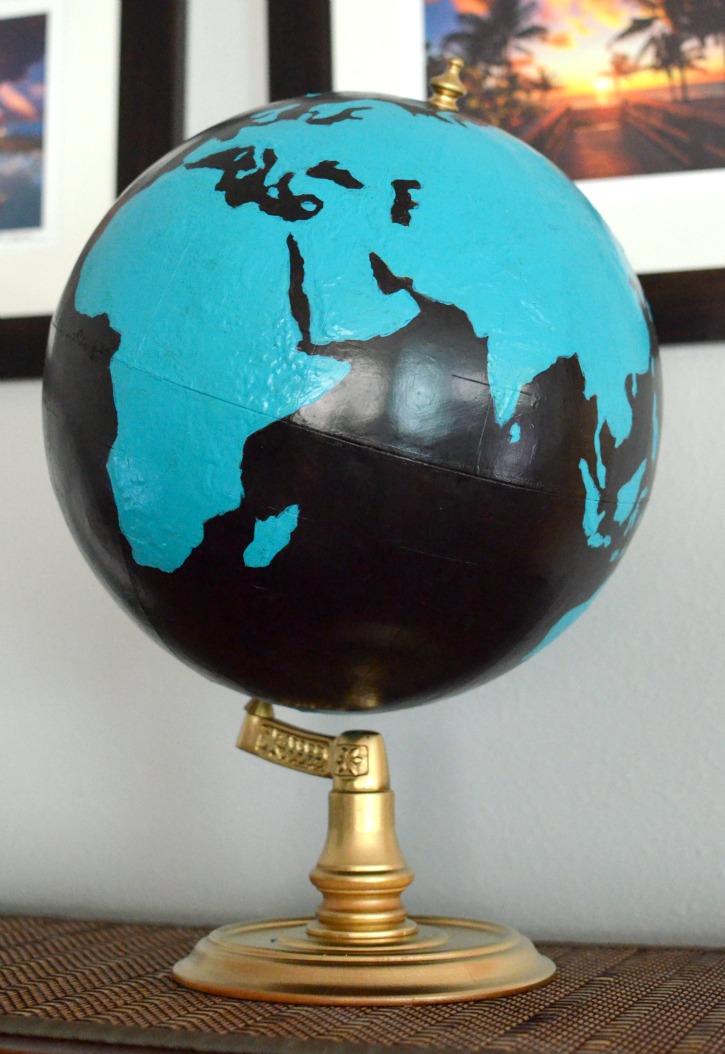 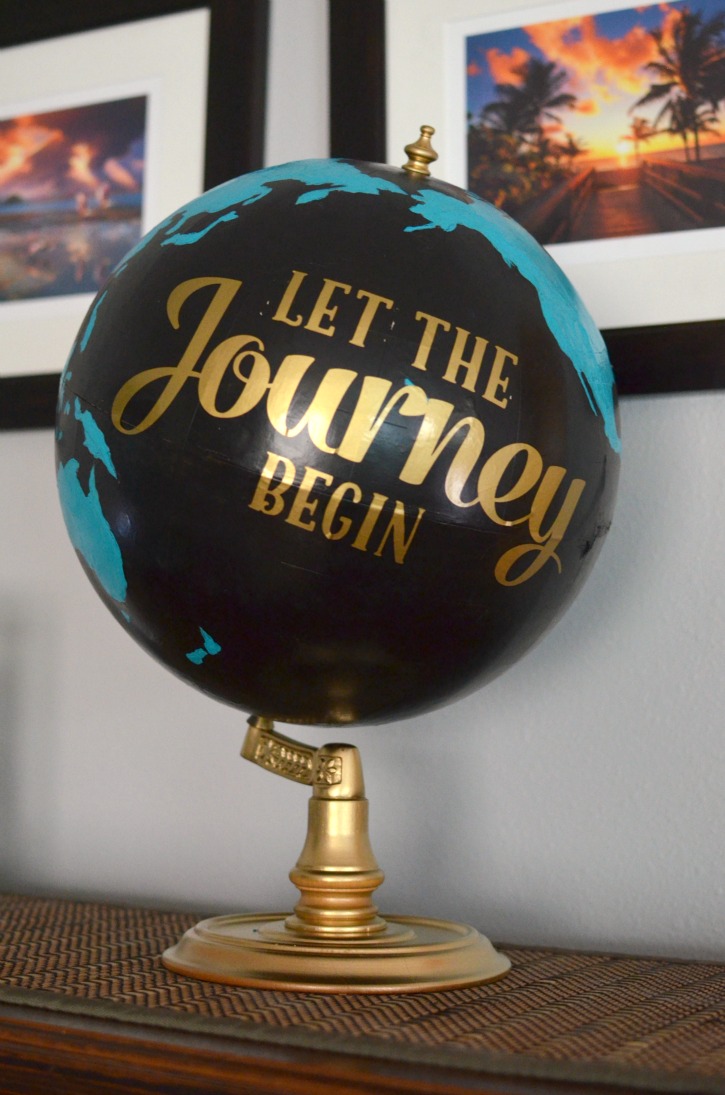 I think that this globe will be amazing in the nursery. Even though it took a lot longer than I anticipated I had a great time painting the globe and it will be a piece that we keep for a long time.