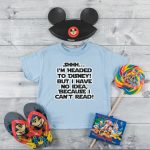 When we were planning our trip to Disneyland with Kevin and Renee, one thing that we decided early on was that we wanted to see how long we could keep the trip a surprise from the boys. Since neither of the boys can read, we thought it would be hilarious for them to wear a tee that let the rest of the world know about their fun surprise ahead.

Jaxson and Brody were in the dark that they were even going on a trip until the day before when Renee started packing. All they knew was that they were going somewhere that they had never been before. They didn’t even know that Brad, Emmett, and I would be joining on their trip to Disneyland. 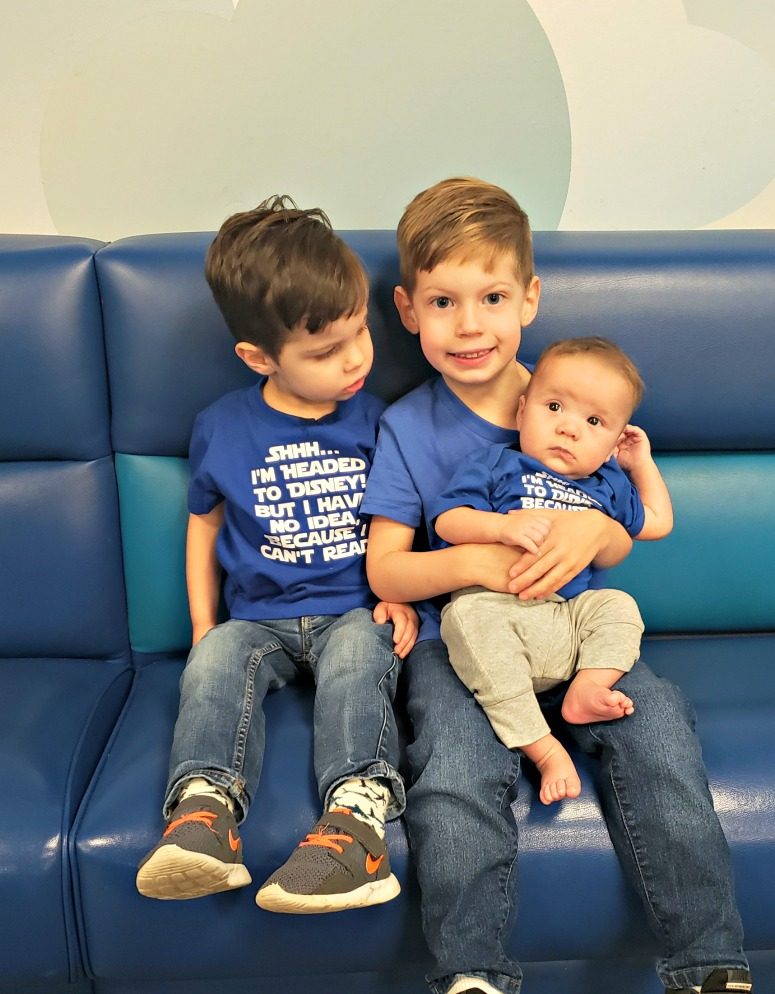 We had a flight bright and early in the morning so fortunately they didn’t even think twice when Renee told them to wear these tees. Now that we’re no longer next door neighbors, we had to have a bit more coordination to arrive at the airport at the same time. Our goal was to arrive at the parking lot at the same time so we could surprise the boys that we’d be traveling together!

Throughout the airport and plane, the boys got lots of smiles when other passengers would read their shirts. The final destination remained a surprise until we were waiting for the bus to take us to the Disneyland Hotel.

We went through a few different saying ideas for these Disney Surprise Tees, and ultimately ended up with “Shhh…I’m Headed to Disney! But I Have no Idea Because I Can’t Read!”.

My craft room is still waiting to get setup so we had a bit of improvising for making these Disney tees. I pulled out my Silhouette Cameo to cut the design on the kitchen island, then set the heat press up just outside the garage for an evening of t-shirt pressing. 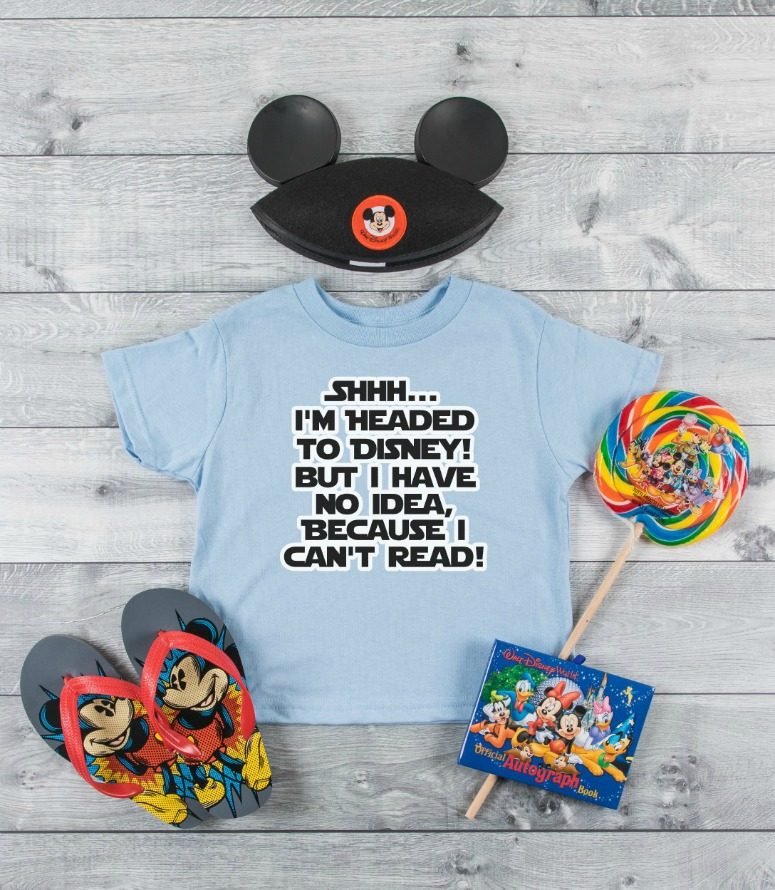 On the SVG and Studio3 file, I included both the text and an offset depending on the color shirt you’d like to use. For the ones that I made for our trip, I used a royal blue tee/onesie with white heat transfer vinyl.

I’m so glad that we made these tees as part of the Disneyland surprise. They will be fun mementos to have as we remember this awesome trip with friends.

Fill out the form below to join our newsletter and get the SVG and Studio3 cut file. Please note that this design is for personal use only.