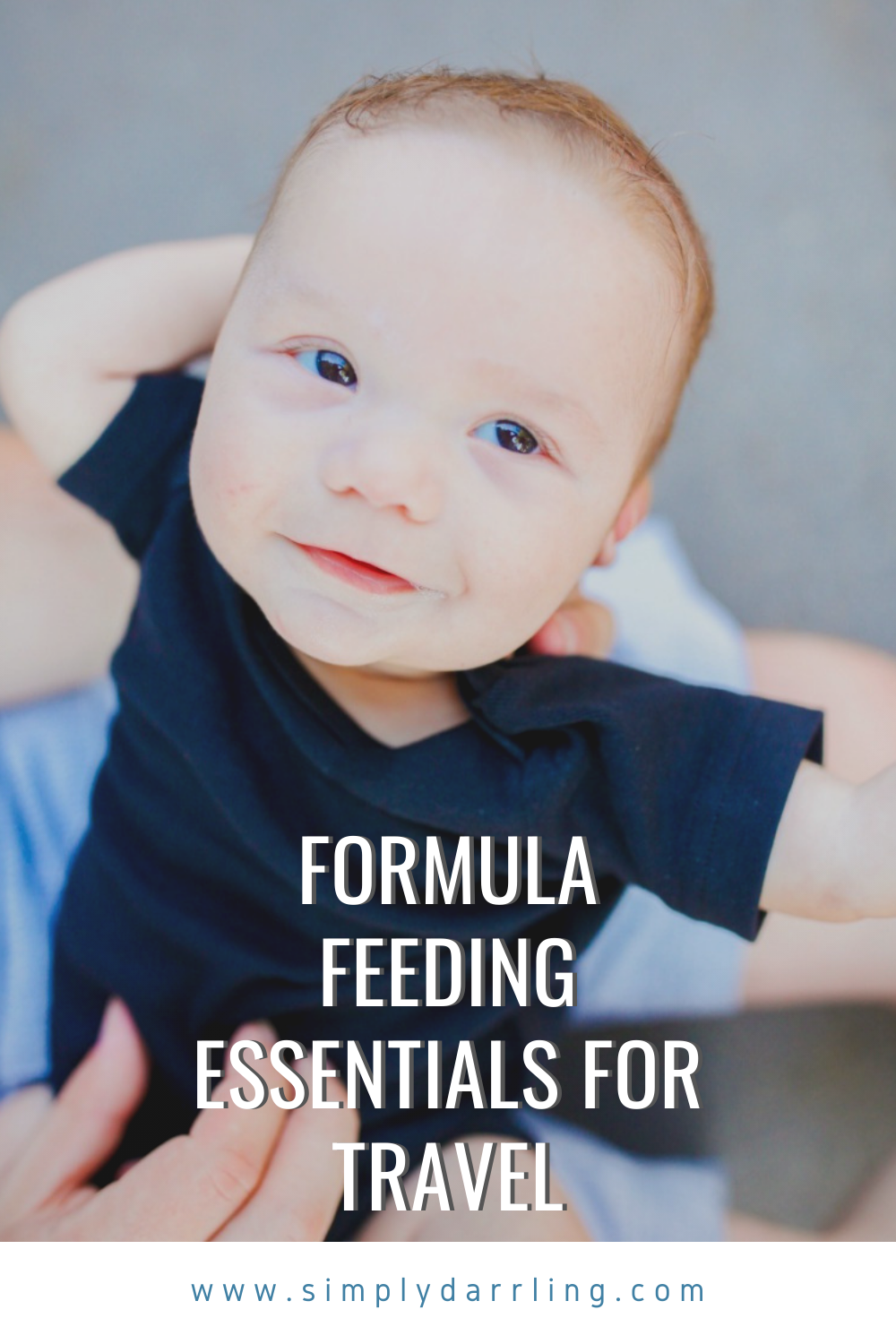 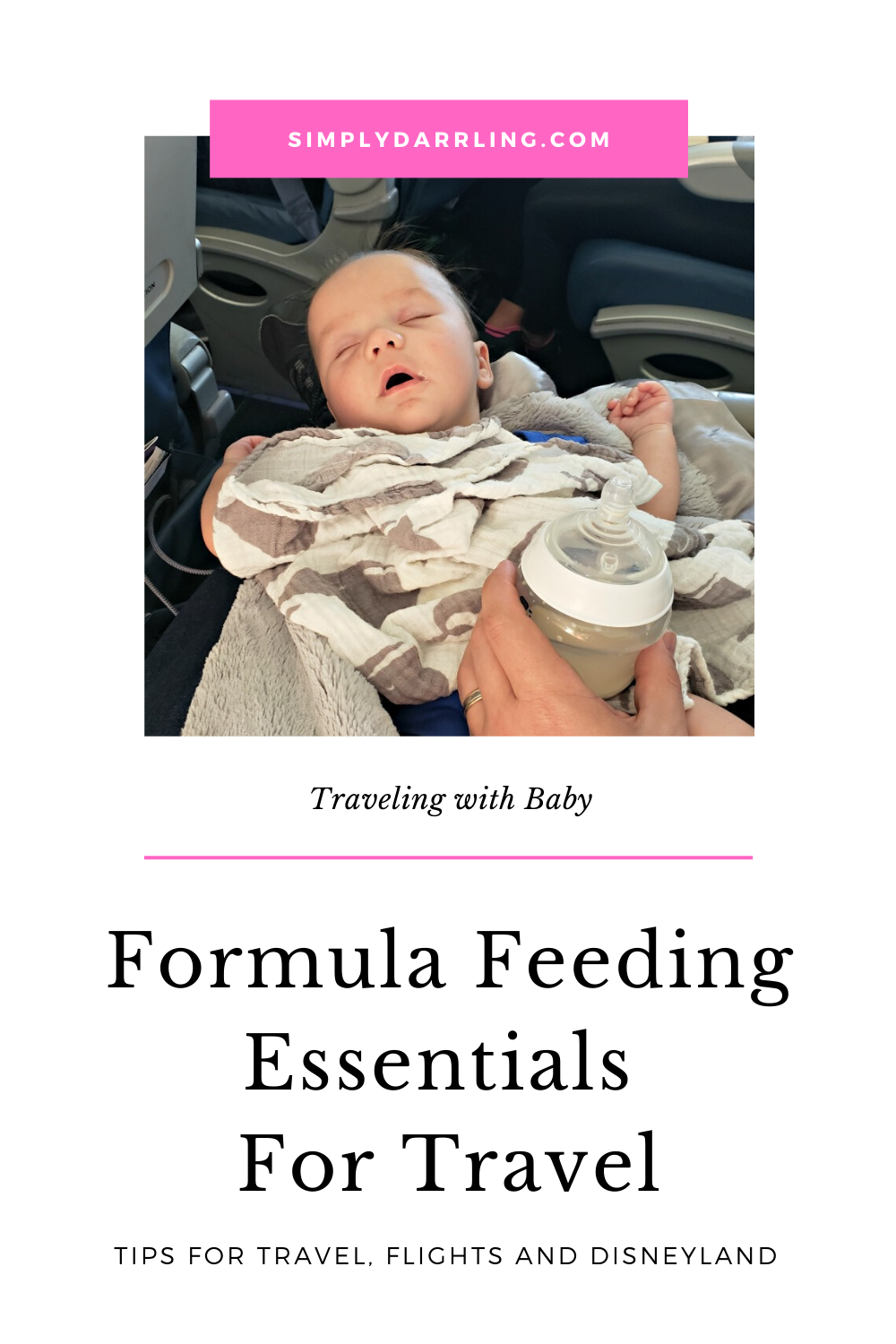 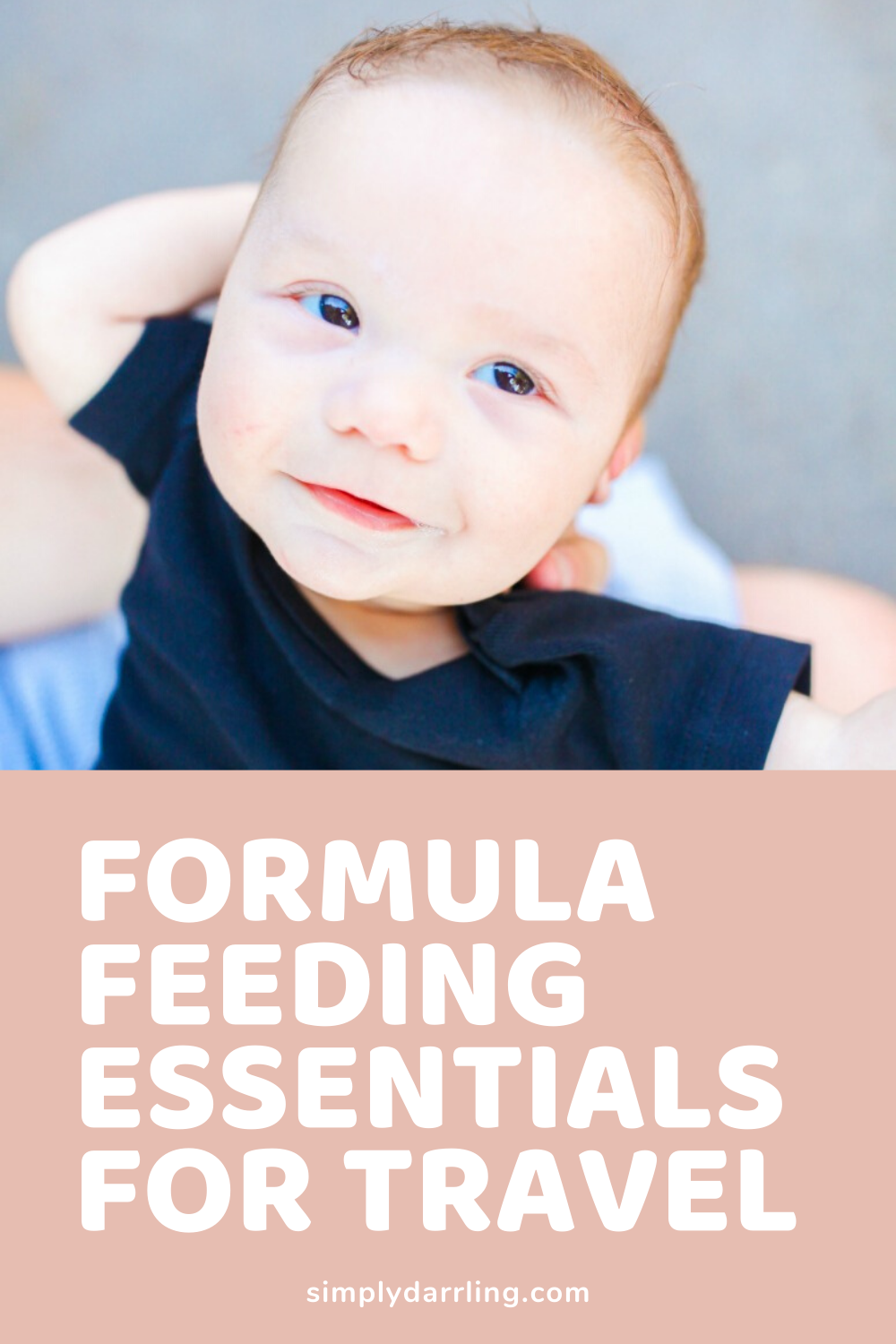 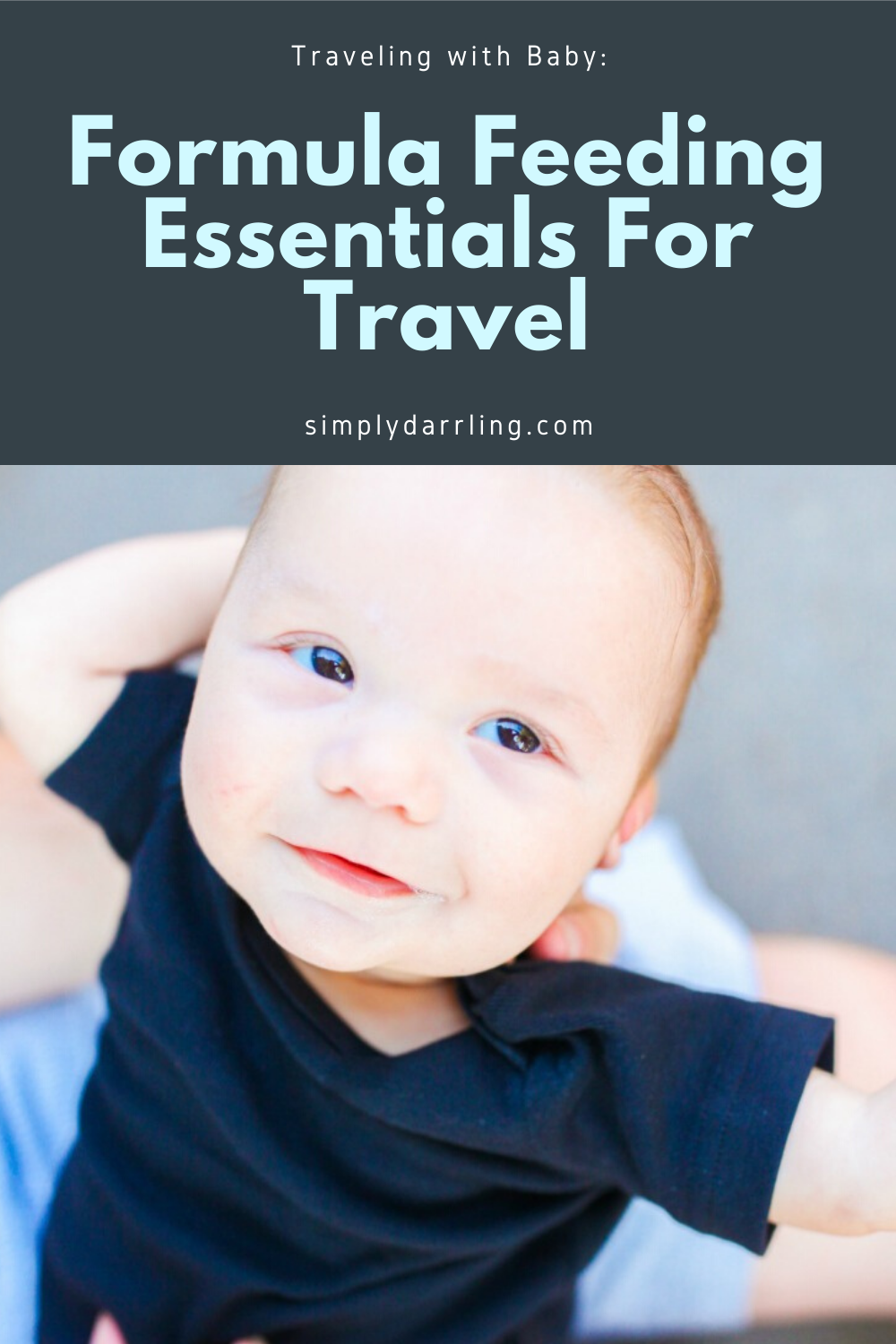 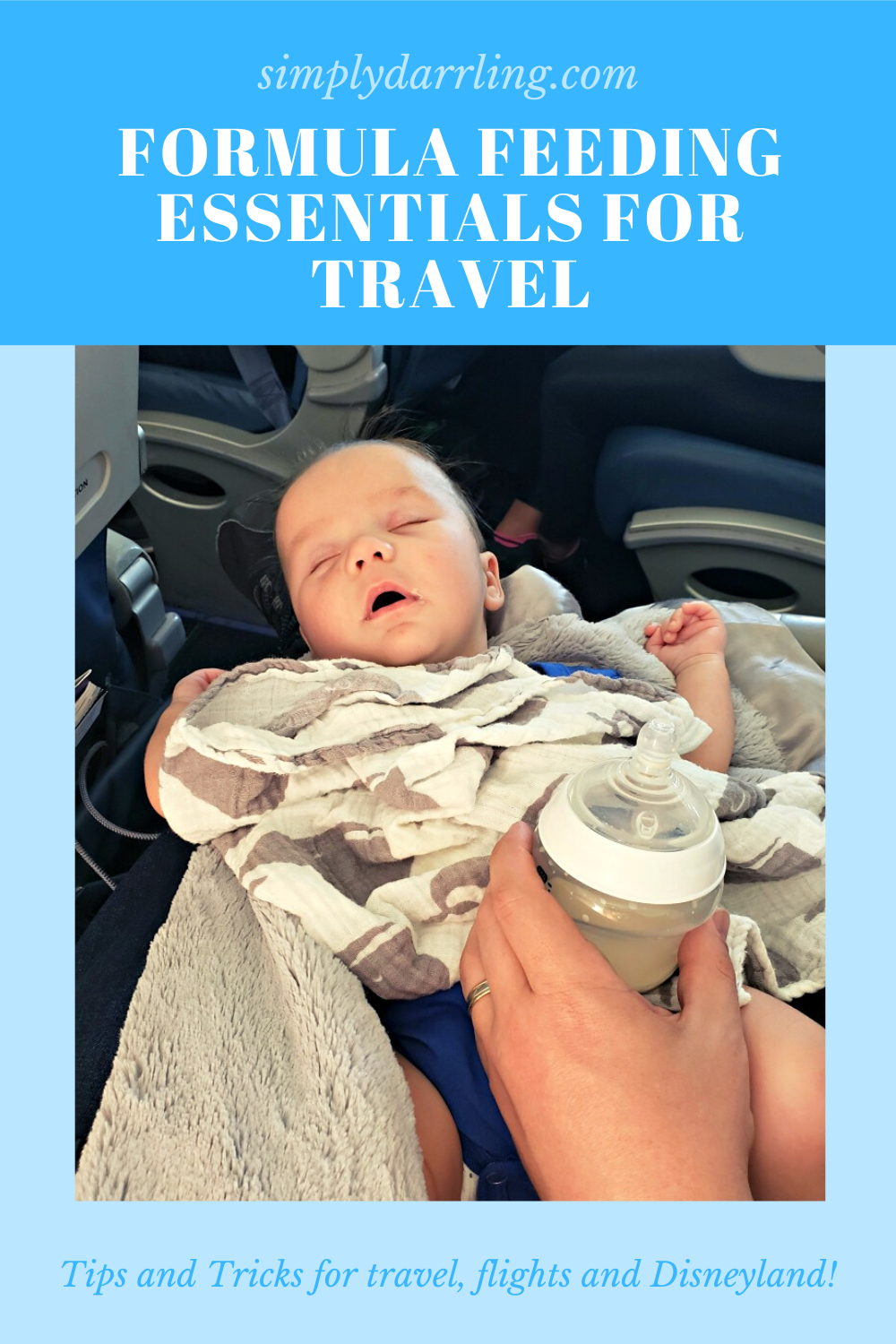 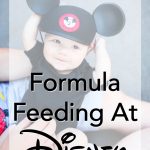 When we started planning our Disneyland trip, I started looking for tips on how to formula feed while at Disney. I didn’t find too much, so I took a few travel tips and hoped for the best. Now that we’re back from the trip, I’m sharing our essentials for formula feeding while traveling – specifically at Dineyland, although the tips are great for any trip. 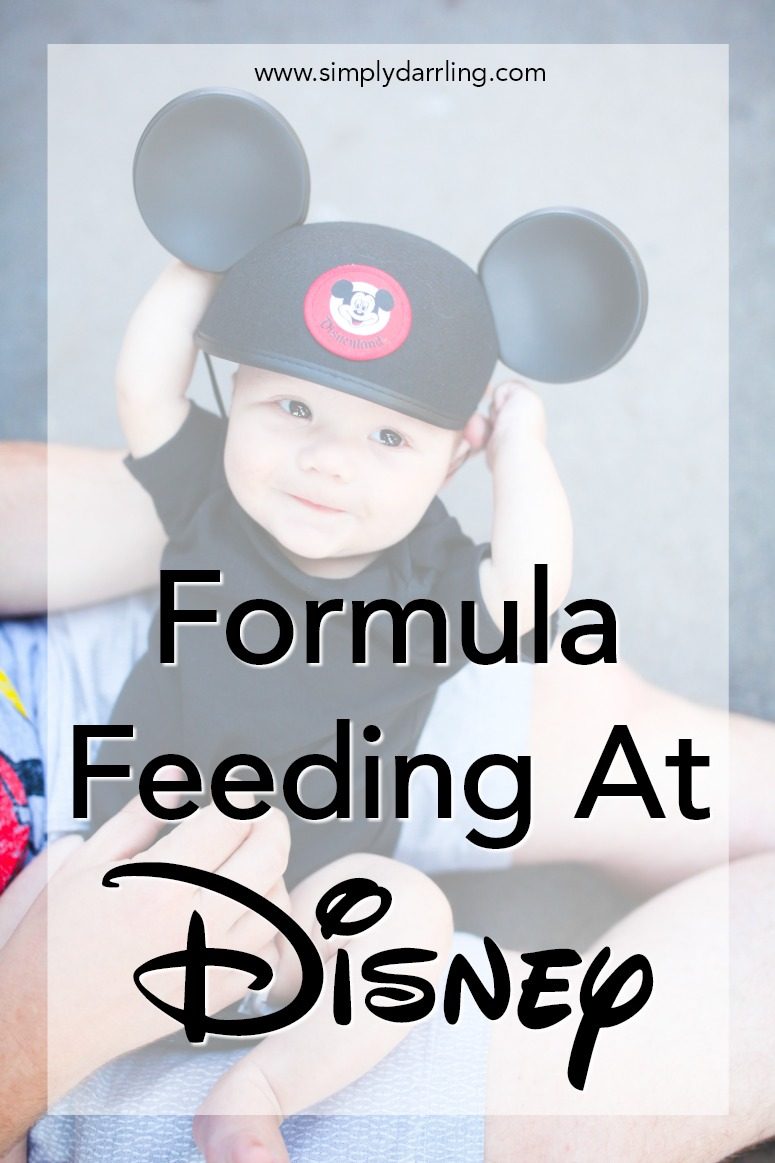 Since I knew that we wouldn’t be at the hotel much during the day, my biggest concern was how we would clean bottles throughout the day. My first thought to solve this issue was to use bottles with drop-in liners so that I’d only have to keep the nipples clean throughout the day. Unfortunately, Emmett had other ideas and decided that they were basically the only bottles he didn’t like. I had issues squeezing all the air out of the liner so I’m not sure if that was the issue or if there were other aspects that he didn’t like.

One I realized that we’d be traveling with our normal bottles, I started planning out Plan B. Fortunately, we’d be walking around the parks with a stroller, so we could pack it up like a pack mule. Since Emmett is currently taking 4 ounces per feed, we could take mostly 5 ounce bottles, but we did have a few 9 ounce bottles with us as well. 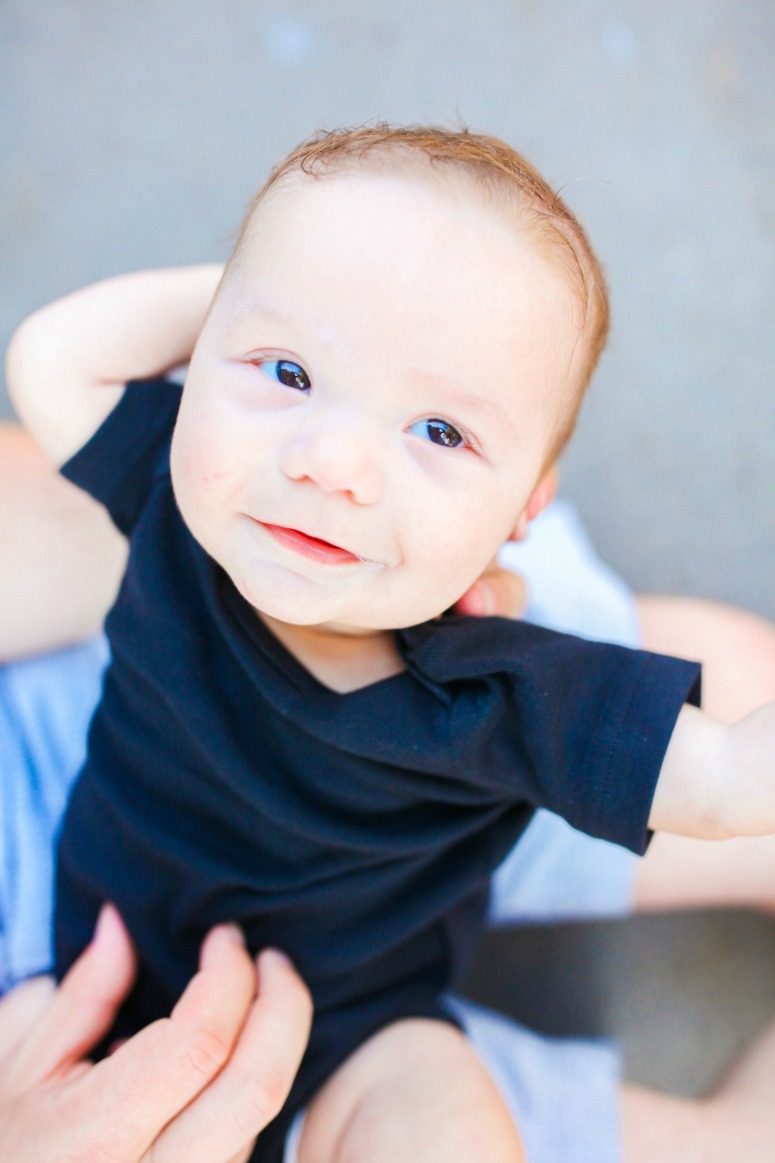 Our goal was to have enough bottles to get us through the day, assuming that he would use one every couple hours. We also had a couple 2 ounce ready to feed bottles in the bag as a backup where we could just put on a nipple and go if needed.

We had a couple sample cans of powder from Emmett’s pediatrician that we packed in his suitcase and would pack into individual formula containers each morning before we headed out. These formula containers are great because they fit inside the bottles for storage. We would toss the extra formula containers and bottles into a small insulated container and keep that in the bottom of the stroller throughout the day. 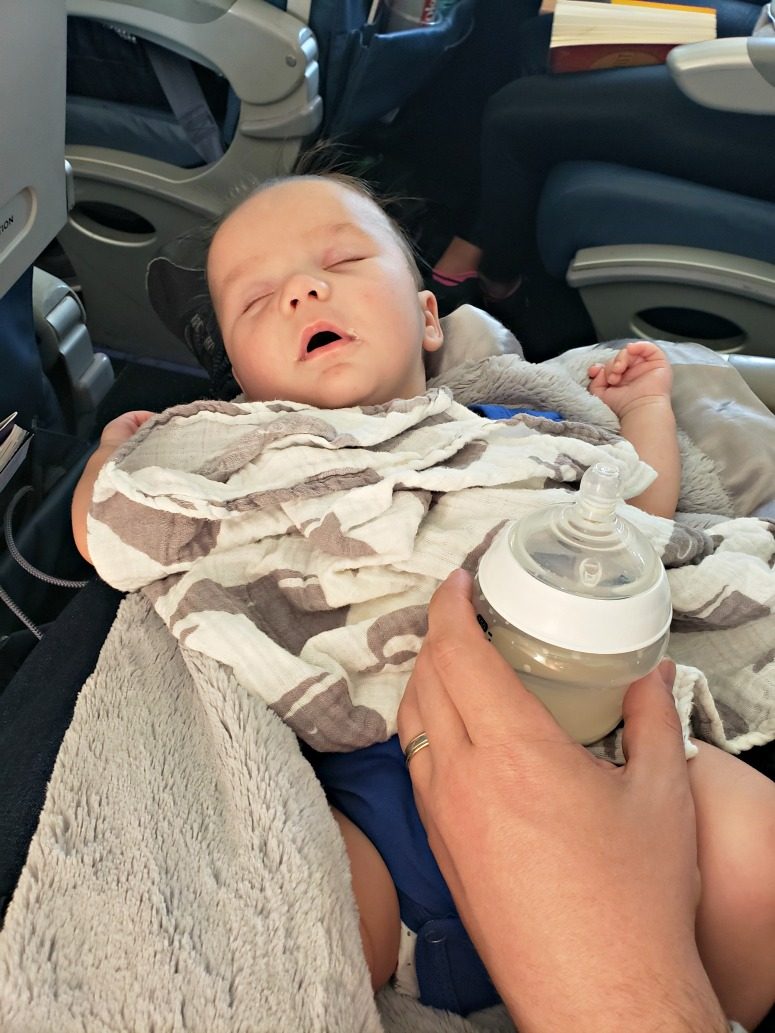 Another option to the individual formula containers are single serve packets that are pre-measured for a 4 ounce feed. I had been given a few of these, so if we were going to be away from the stroller for a bit we would make sure to have at least one of them and a bottle with us.

As for the actual feeding, that was the easy part. Emmett enjoyed meals throughout the parks – from a bench in Tomorrowland to the ground heading into Galaxy’s Edge, he would basically eat anywhere he could get it. He would generally eat a quick meal, look around for a while, and then fall asleep in the carrier or stroller (the carrier was his preference). There is also a baby center in the parks if you need more quiet for feeding. We never went there to feed, but did use them a couple times to change a diaper. 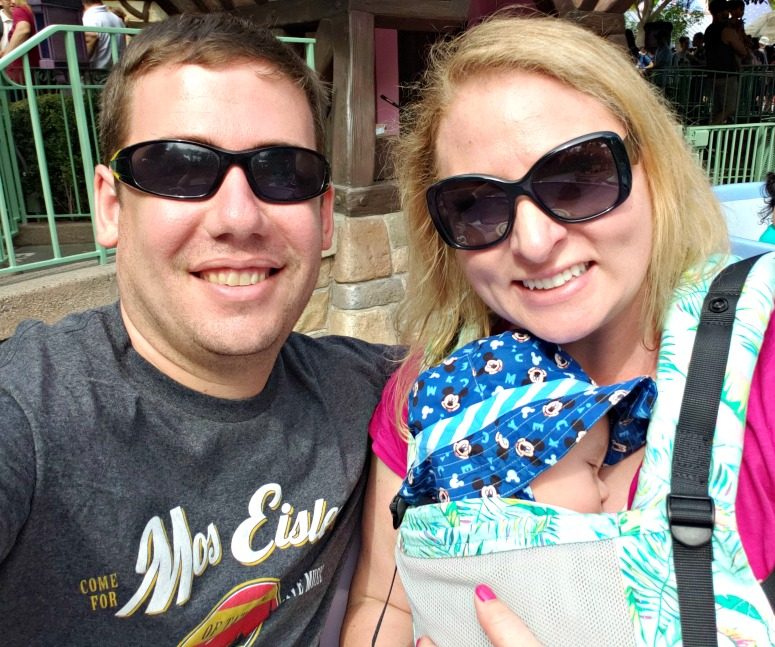 Each night before bed and each morning before heading into the parks, we’d clean all the dirty bottles. We have a small travel bottle of dapple detergent which is perfect for all of trips. Along with a bottle brush and the hotel bathroom, we were able to clean each bottle when needed. Sterilizing microwavable bags are also great solutions for one more level of cleaning while traveling.

Since we didn’t want to worry about mixing bottles while on the flight, we packed a handful of 8 ounce ready to feed bottles in Emmett’s diaper bag for the plane. We had 6 bottles for each flight, while this was more than we would need for the 2 hour flight, we wanted to make sure we had enough in case there were any flight delays. While they are more than 3.4 ounces, we had no issue taking them through TSA; the TSA agents simple swabbed the exterior of each bottle and my hands to test for explosives and we were on our way.

Traveling with a formula fed baby takes a bit of planning, but can easily be accomplished for an amazing trip.