Aubree has been my guinea pig this past year as I try out different crafts that are aimed at babies. She received the minky blanket that I made for Christmas and I wanted to do something fun for her first birthday.

The theme for her party was cupcakes (as well as Superbowl since it was the same day). I went to Ikea and bought this chair knowing that I was going to be decorating it with images from my Silhouette Cameo.  It is nice to live so close to Ikea because I went on a random Monday night when there was nobody there. The font I used was Channel from dafont.com and the cupcake decal was from the Silhouette store. 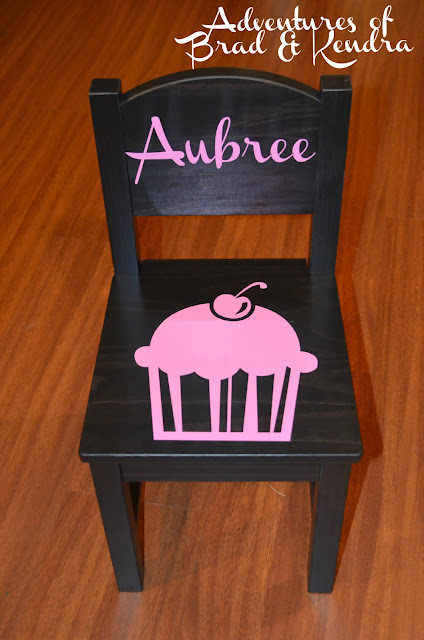 I wanted to add something to the back as well so I cut out another smaller cupcake for it. 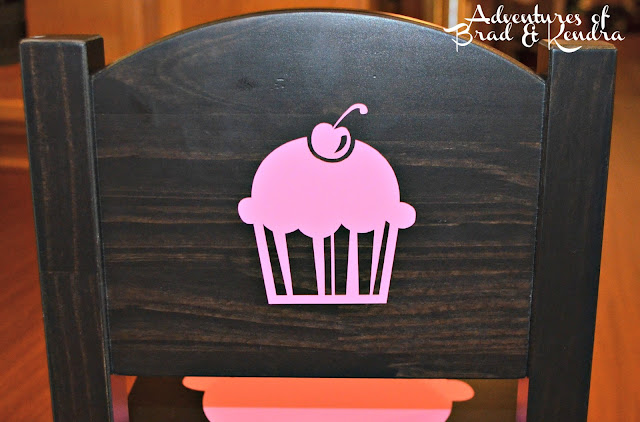