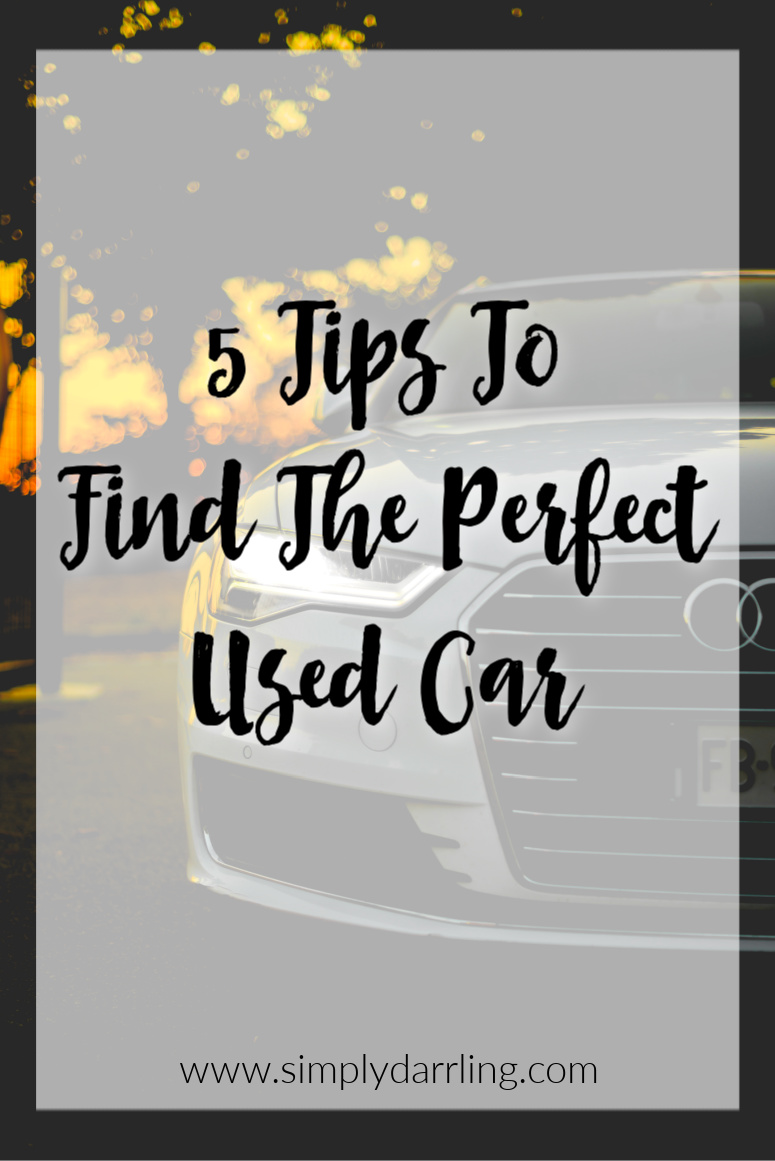 Brad and I have talked on and off for the past couple years about replacing our Honda Pilot. The Pilot was the first car we bought together after we got married, but at over 15 years old it was beginning to show it’s age. I had always assumed that we would simply replace the Pilot with another Pilot; however, we ended up with a car that wasn’t even on my radar until a month prior.

As Emmett approached his first birthday, we knew that it was time to change him from the bucket carseat into a convertible carseat. We quickly discovered that his new carseat often made the front passenger seat a bit cramped, so the car research and hunt began.

We were looking for a 3-row SUV around 3 years old with under 50k miles (ideal would be closer to 30k, but for the right price we were willing to go higher on the mileage). I tend to be a bit “extra” in life so I also really wanted ventilated seats after using them in various cars over the past few years.

When I start researching something, I tend to go ALL IN, like 20 different tabs open in my browser, combing through photos looking for minute details, and Googling various things to see if they matter. Below I’m sharing a few tips that I discovered now that we’re finished with the process (well, at least for a while until we get Brad a truck).

Different used car search engines have their strengths and weaknesses. Throughout our car search process, I used a variety of sites such as TrueCar, Edmunds, Cars.com, and Carmax. Sometimes cars would only pop up on certain sites, and some do better at calling out the included packages and features.

Also, if you aren’t interested in purchasing a car located half-way across the country, make sure to check the box to only show local listings. Before I discovered this option, I kept finding an awesome deal, only to discover that the vehicle was located in Texas.

Lots of new safety features have been added to vehicles in the past few years. Many of them have become standard items, such as rear cameras; while others remain options, such as dynamic cruise control and lane keep assistance. Different car brands have a variety of names for these features, and have them included through either particular trim levels or add-on packages.

I was hoping to find a vehicle that included lane keep assistance, blind spot monitoring, and dynamic cruise control. But in some ways the cruise control and lane keep were “nice to have” features because they are used less often. Even when I drive down to Portland I don’t tend to use cruise control. 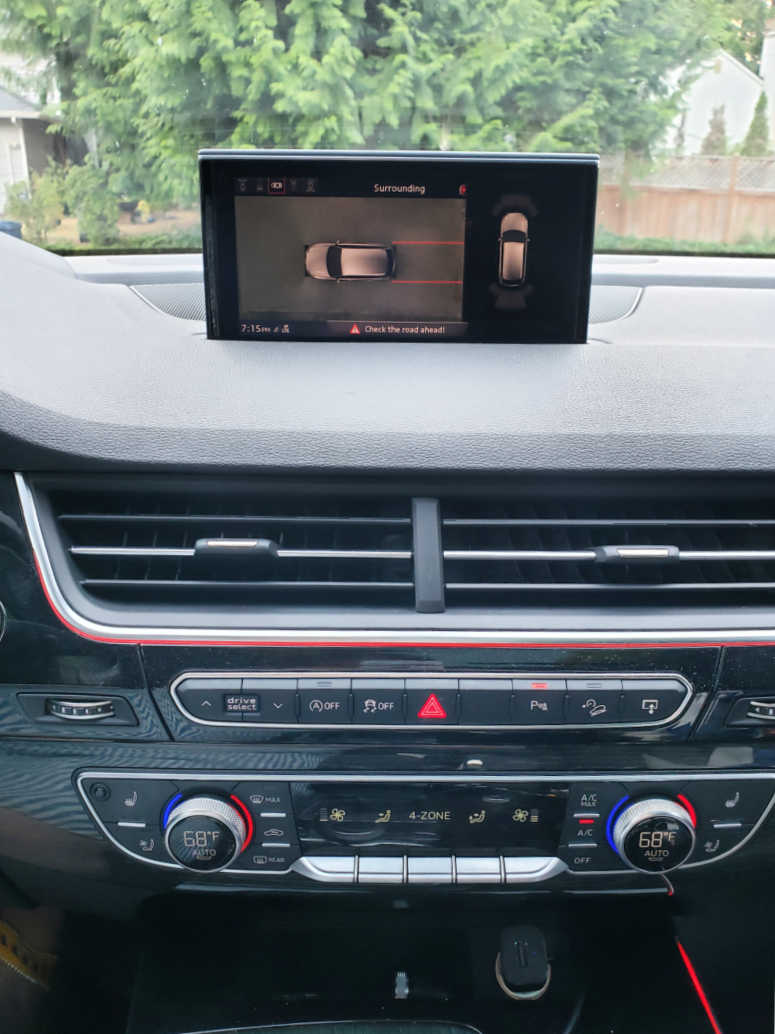 Rear cameras have also changed since they were first introduced with many cars now featuring a 360* top-down view. When I back into the garage, I like to flip to the front view at the end to make sure that I got in all the way. The 360* view is also great for getting in or out of tight parking spaces.

After years of trying out different cars, I discovered a few comfort features that I really wanted in our next vehicle. The top feature was ventilated seats. Brad still gives me a hard time that I had this requirement, but I know he has enjoyed them as we got into the summer months.

Another feature that I wanted as an option was Android Auto. I loved using this feature on the cars that I tested over the years, so even if I mostly utilize the built-in infotainment system, I wanted it as an option. 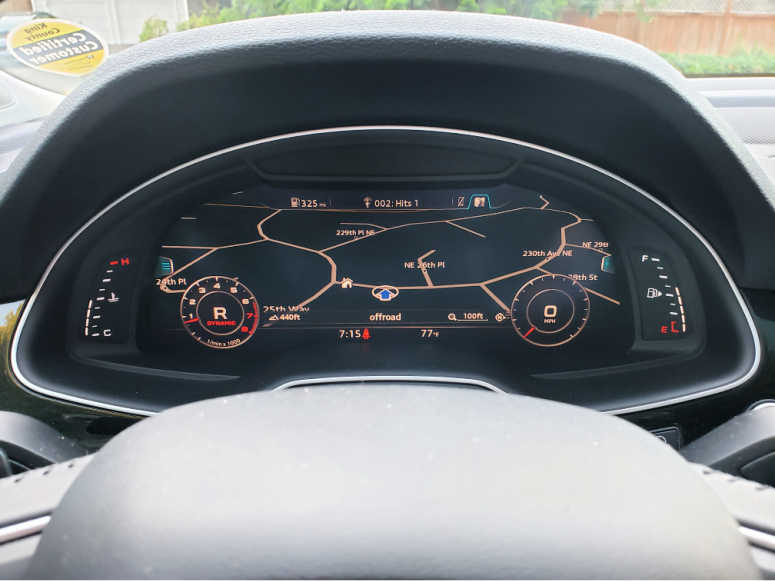 I always somewhat figured that cup holders are cup holders. This is not the case. Size, quantity, and location of these cup holders can make or break a daily commute. When we first looked at our car, Brad commented that the cup holders looked really small, so the next time we went to look at it I brought along a couple cups to ensure that they would actually fit.

My phone is constantly charging in the car so having a good USB plug (or 12V DC plug) is important. I’ve noticed that some cars are now adding additional USB or AC plugs for the rear rows. If you have a lot of devices to charge at once, a feature like this might be something to consider.

Our 2004 Honda Pilot had a very boxy shape which meant that there was TONS of storage space. Brad could fit multiple full sheets of 4×8 plywood in the rear. We realized that any newer vehicle wasn’t going to have this ability since vehicle shapes have drastically changed in the past 15 years. 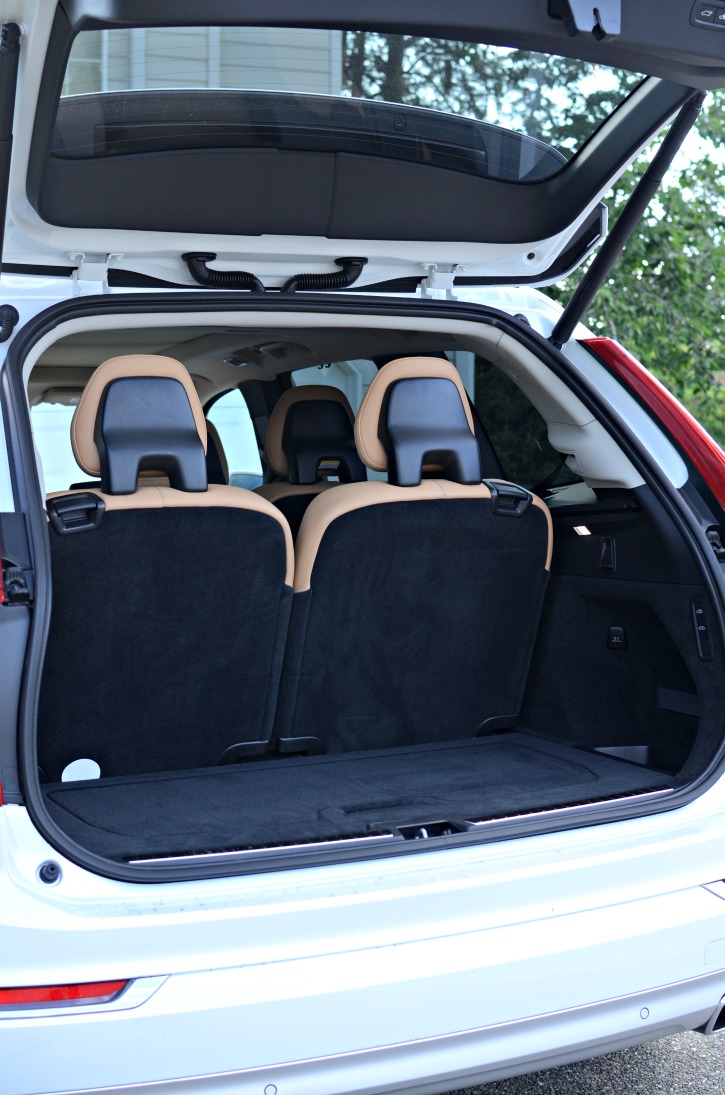 I refused to consider mini-vans or full sized SUVs, so we went into this knowing that our next DIY projects might require a trailer rental to get the supplies home.

If there are any features that are on your “must have” list, check if they are something that need to be factory installed or if it is something easy to add after the purchase. 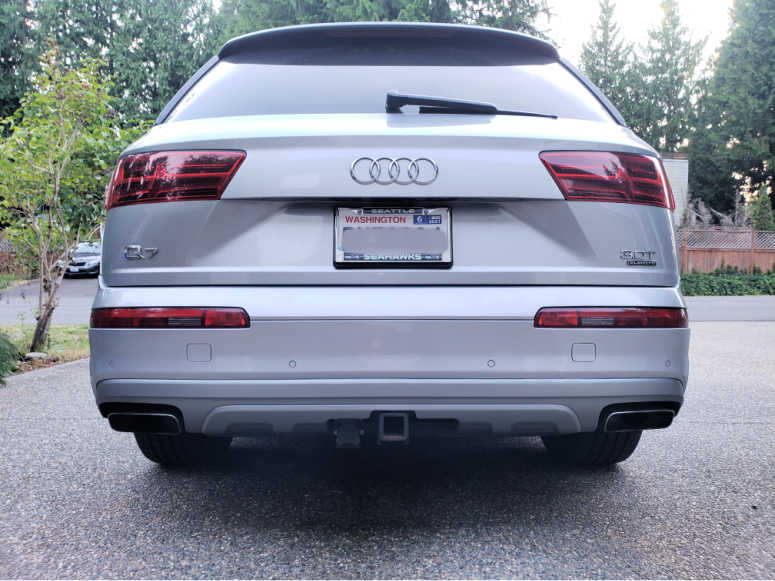 One thing that drew us to the car we ended up purchasing was the high towing capacity. As I read more about the towing package, I learned that it really needed to be factory installed rather than added later. For one, the max towing capacity was lower if it was added after, and second, it required cutting the rear bumper and splicing into the electrical for the lights/breaks connector.

Not all 3-row SUVs are created equal when it comes to car seat fit. Variables such as the seat angle, seat belt placement, and spacing between the rows can make all the difference in the comfort of the passenger in the front seat, and ease of car seat installation.

As I was researching which vehicles would provide the most room for car seats, I discovered that Cars.com had entire articles devoted to ranking the car in terms of car seat compatibility. I haven’t been able to locate a directory of all the car seat posts, but if you do a google search for “<car year><car model> car seat site:cars.com” it will find the corresponding article. Since cars tend to have a similar body shape for 3-5 years before going through a major overhaul, the article might be written a year or so prior to the model year you’re looking at. 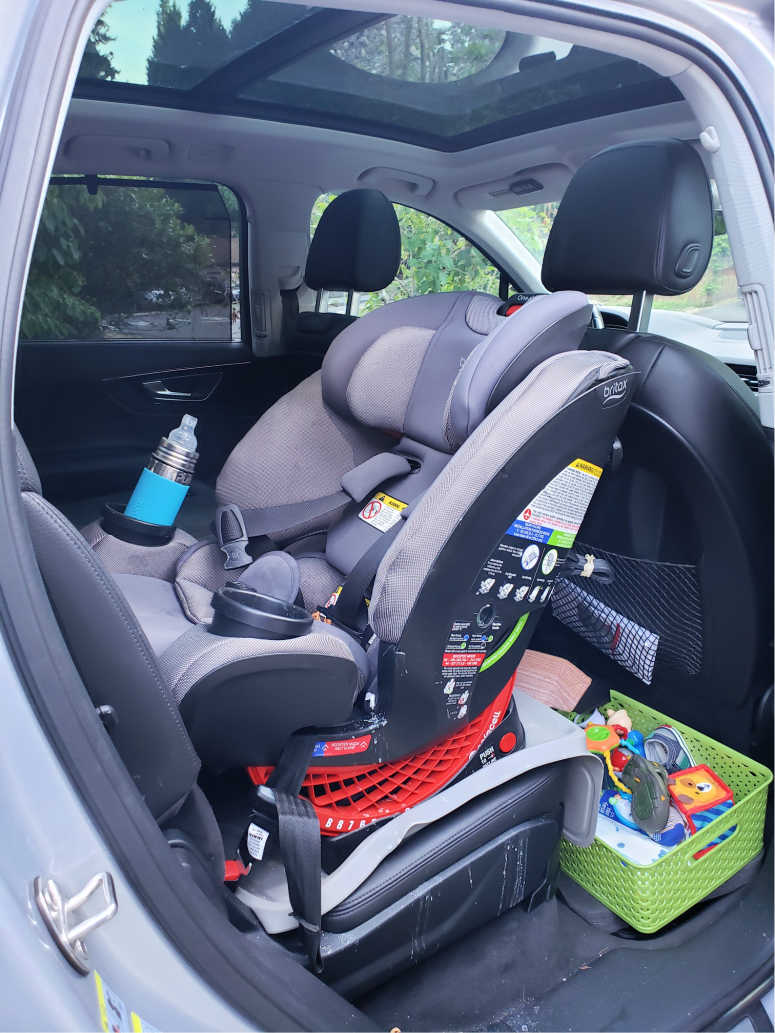 Also, leather or leather-like seats are key for kids. Emmett will often throw his bottle when he’s done with it in the car and the leather is so easy to simply wipe clean (I’m noticing that I need to do another cleaning in the photo above).

I had narrowed our options down to two vehicles, and after reading the cars.com articles, it really sealed the deal for the Audi Q7. We found an awesome deal on a 2017 model, and Carmax gave us more than we expected for the trade-in of the Pilot (plus, their on-line appraisal was super easy to do). We were in and out of the dealership in about an hour!

We’ve now had our Q7 for about a couple months and absolutely love it. Emmett’s Britax One4Life fits amazing and I still have plenty of space in the front seat. If you’re looking to do 3 car seats across in the 2nd row, I’d recommend the Diono 3QX since they are narrower.

Brad has already utilized the towing package to rent a dump trailer for gravel in our front yard, and while we haven’t had to purchase any plywood, we have put 8′ lengths of lumber in it for various projects without issue.

What tips would you add for finding the perfect (for you) used car?