Over Memorial Day Weekend, Brad and I took on the Big Apple! I had visited in 2003 with my family but Brad had never been so I decided that it was a perfect excuse to use my companion ticket and get out of Seattle for the long weekend.  I’ll warn you now this is going to be photo heavy.

We flew out late Saturday night and arrived nice and early Sunday morning. We took the NYC Airporter from JFK into the city. It was a much cheaper method than taking a taxi and it dropped us off about 3 blocks from the hotel. We could have taken a second shuttle from there to the hotel, but when I saw how close we were, I figured we could walk faster than the time it would take to load the second shuttle. If you have more than two people or a lot of bags then a taxi could be cheaper but I would definitely do this method again. They could use some better information on how to find the shuttle at both the airport and Grand Central Terminal.

The hotel we stayed at was 70 Park Ave which is owned by Kimpton. I found this through Jetsetter and it was an incredible deal. The hotel was in the perfect location for us. Most of our time was spent between lower central park and the bottom of Manhattan so it was centrally located, plus we could walk to the subway within 5 to 10 minutes.  I would definitely recommend this hotel, we had a gorgeous room overlooking Park Avenue.

Since we arrived early Sunday morning we couldn’t check in but we were able to drop off our bags and start exploring. Our first stop was Starbucks for some breakfast and then onto the Empire State Building! I’m glad that we went early in the morning because by the time we finished the line wrapped around the building. We purchased the ticket which allowed us to also visit the 102nd floor. It was nice to go slightly higher up to see some sights but it was all windowed so taking pictures was a bit harder. I also learned that they will take tripods while going through security (don’t worry, you get them back afterwards).

Once we left the building we hopped on the Gray Line Tours bus. These busses are double-decker style with an open roof. They also allow for hop-on/hop-off so you can explore each area of the tour. One downside of this tour is that they didn’t have enough busses. The tour is really only beneficial from the top deck because it is hard to see out the bottom windows and every time we hopped on the bus it took a few stops before we could get upstairs. It also would have been nice if they ran the busses later into the evening. I saw the other tour company’s busses running late into the night but the Gray Line ones stop at 6.

Once we were able to check in, Brad and I were exhausted and ready to take a nap. We were pleasantly surprised when we had a knock on the door with a welcome present – a bottle of wine as well as a cheese, cracker and fruit plate! It was a perfect afternoon snack prior to the wine hour. While we were at the wine hour we decided to head down to the Bowery to see a friend’s church, Dwell. We pulled up Google maps and realized that we had 35 minutes to walk 2 miles. Surprisingly we made it and participated in a great service.

After church, Brad and I decided we should learn how to do the subway so we headed underground to catch the subway up to Times Square. We wandered around a bit then headed back to the hotel since we didn’t really sleep on the plane the night before. 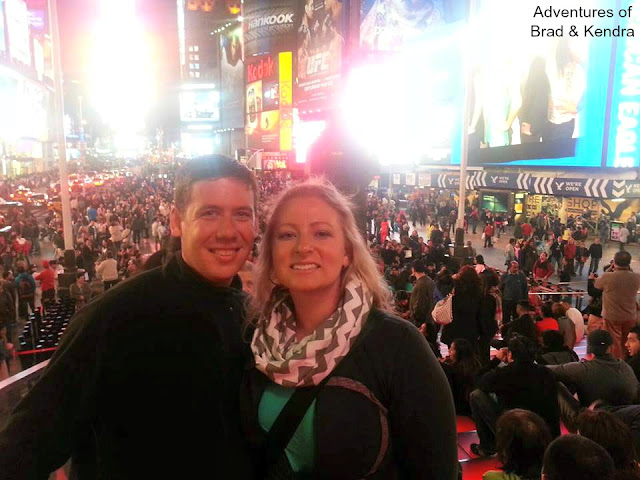 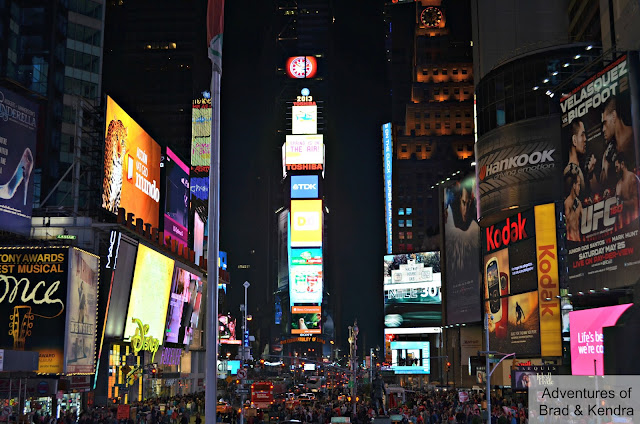 I originally planned on doing our entire trip in one post but then I realized how many photos I took so later this week I will be posting the rest of the trip.

Traveling for the Weekend
Strawberry Lemon Drop – A Cocktail Recipe