This post is in collaboration with Hyundai and Drive Shop. All opinions are my own.

Last week I made a final work trip down to Portland. For my drive down, I got the chance to try out the Hyundai Sonata Plug-In Hybrid. This car was awesome for my drive, it had great gas mileage and many comforts which helped make the drive go faster. 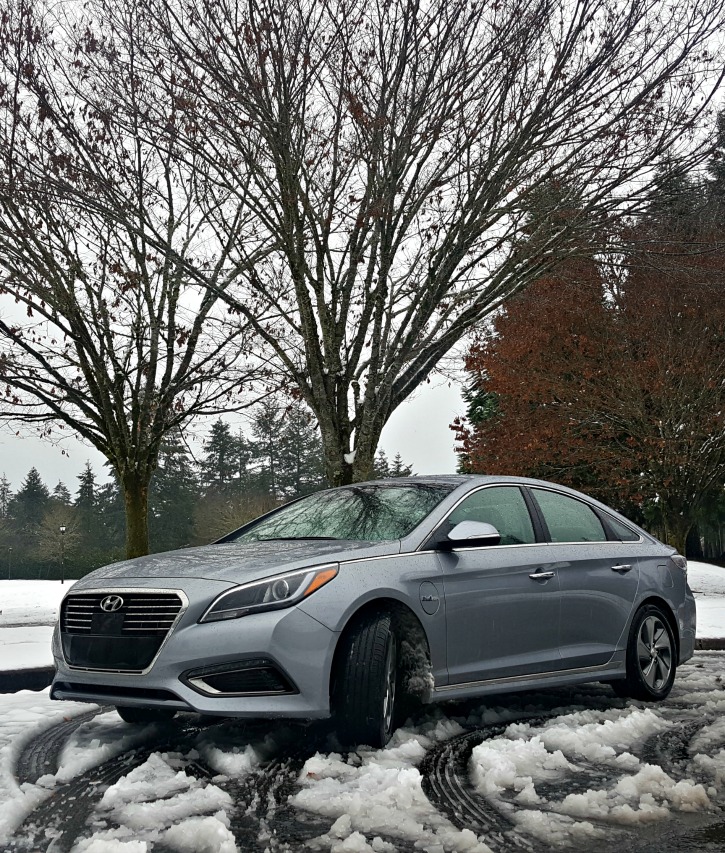 Whenever I get into a new car, there are two things that I do automatically – sync my phone, and set up all my XM radio presets. Since it is Christmas time, I really only needed to set one station to Holly so I could blast Christmas music whenever I was in the car. The Hyundai Sonata Plug-In Hybrid also features Android Auto so I could listen to the curated Christmas Spotify station that I have created. 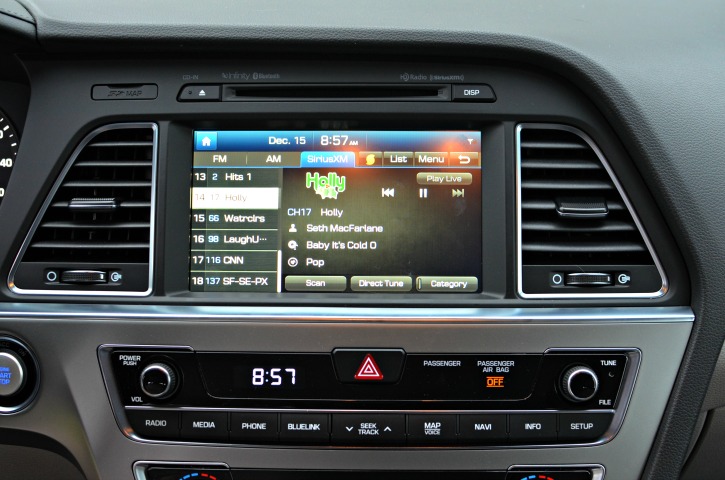 I had a general idea of how to get to my hotel (since I had spent almost a week there just a few days before), but still utilized the GPS so I could have an idea of how much longer I had before I arrived.

The Speech-To-Text works well, and was super easy to use. All the texts that I replied to through speech came through clear (only one got a couple extra words included). I was meeting up with a coworker when I got into town, so it was a great way to keep each other updated on our plans and timing. 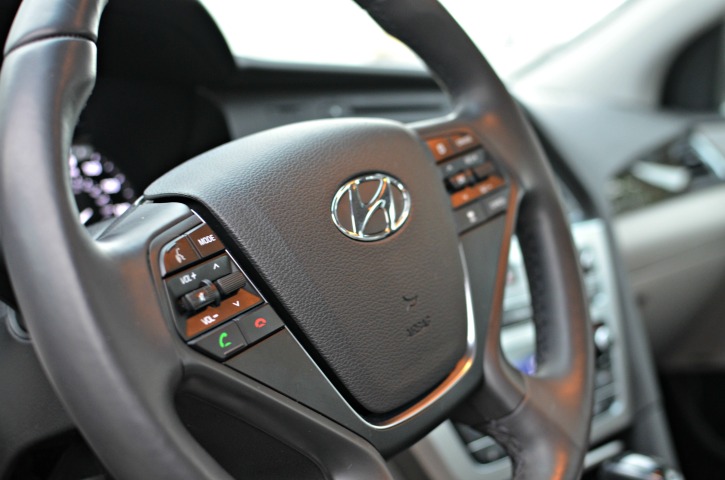 Seat warmers are a must for me in the winter, and I kept them turned on the entire time that I had the car. They definitely kept my tushie toasty in the below freezing temperatures. 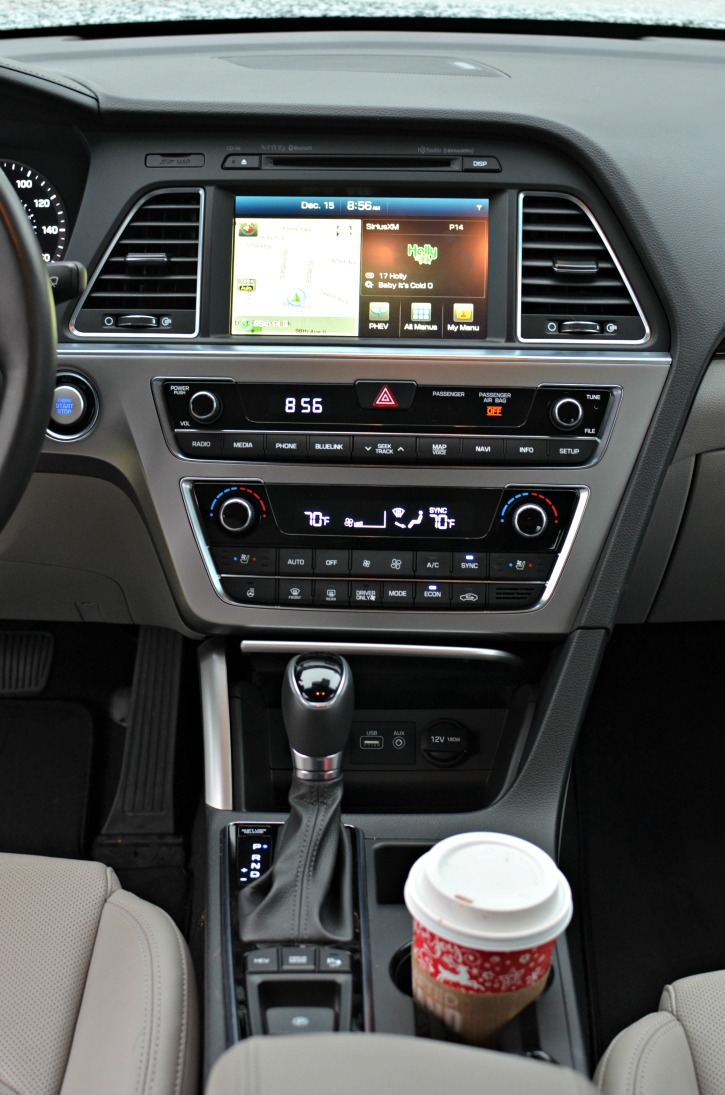 The trunk space did seem smaller than usual; however, with how many batteries have to be stored in the car this is understandable. 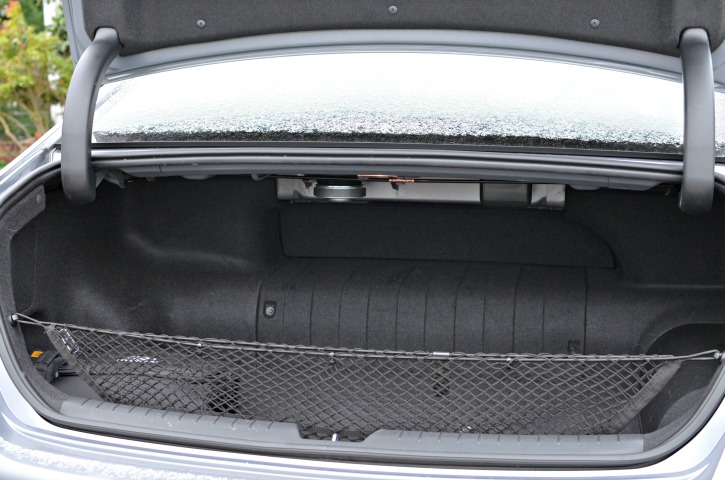 One of the features that I liked was that I could charge the batteries while driving. The Hyundai Sonata Plug-In could go 25 miles on electric before switching over the hybrid mode, but by by changing it to “charge” mode, I could either save (or rebuild) those 25 miles for street driving while on the freeway. 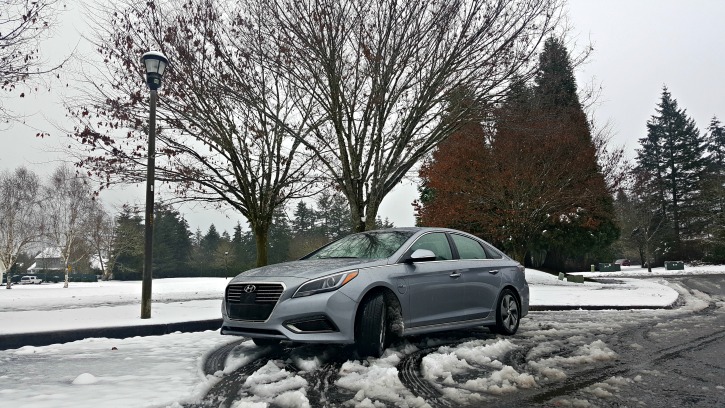 The Hyundai Sonata Plug-In even got to experience some snow while I had it. Weather in the Pacific Northwest is special, I had just a dusting of snow at my house, but driving 40 miles south into work there was a few inches! I escaped Portland just in time as well, just a couple hours after I left, a snowstorm came through which pretty much shut the city down for a couple days.