Ok, my friends are seriously the coolest people ever. Earlier, I shared about Sarah’s Rose Gold Baby shower. At one point, we were chatting about how she had very few bump pictures from her pregnancy so I offered to take some pictures of her and Tyler before baby girl made her arrival.

Sarah and I always come up with great ideas, so as we were discussing outfit options, we remembered she had a pretty cool dinosaur dress. One thing led to another and we were wondering if her husband would be up for wearing a T-Rex blow up costume while she was in the dinosaur dress. Somewhat surprisingly, he agreed! 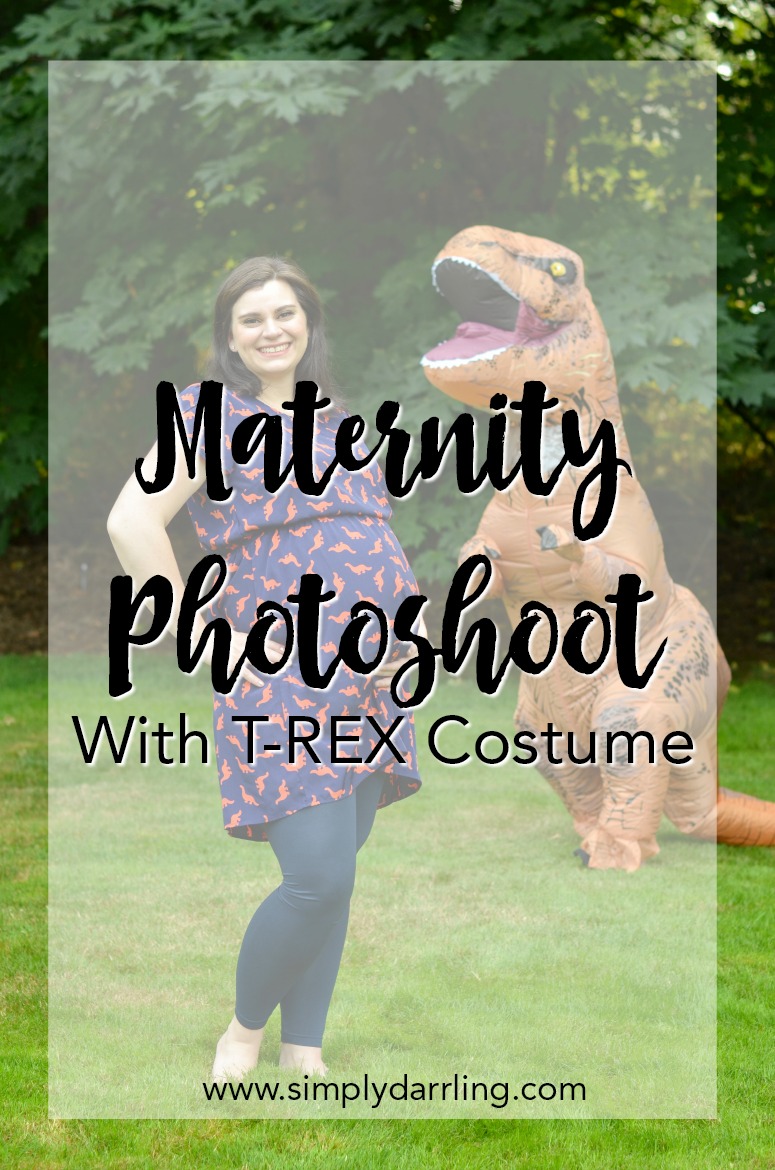 We took the photos in my parents backyard because it was nice and scenic, there were bathrooms for outfit changes, and it was somewhat private (even though it isn’t fenced). We did some real pictures before the T-REX emerged because the costume gets a bit warm and we weren’t sure if Tyler would be photogenic afterwards. 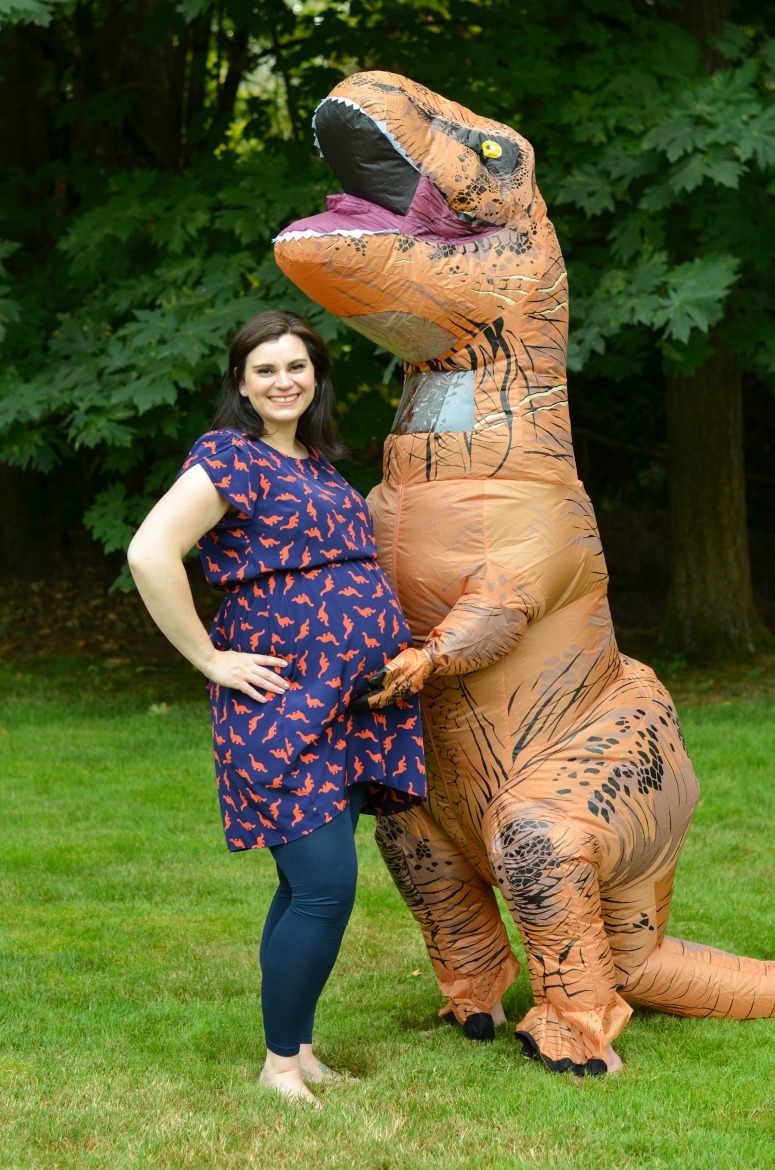 Fortunately the day was somewhat overcast so it wasn’t SUPER hot out, but these costumes don’t really breath (since they rely on a fan keeping them inflated) so I don’t recommend repeating this in the peak of summer in the middle of the day. 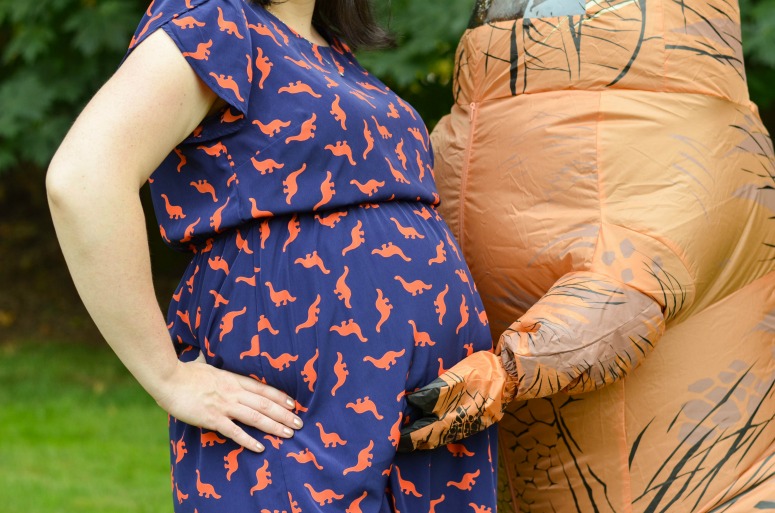 Tyler totally got in with this photo shoot and perfected the “T-REX stalking in the background” pose. 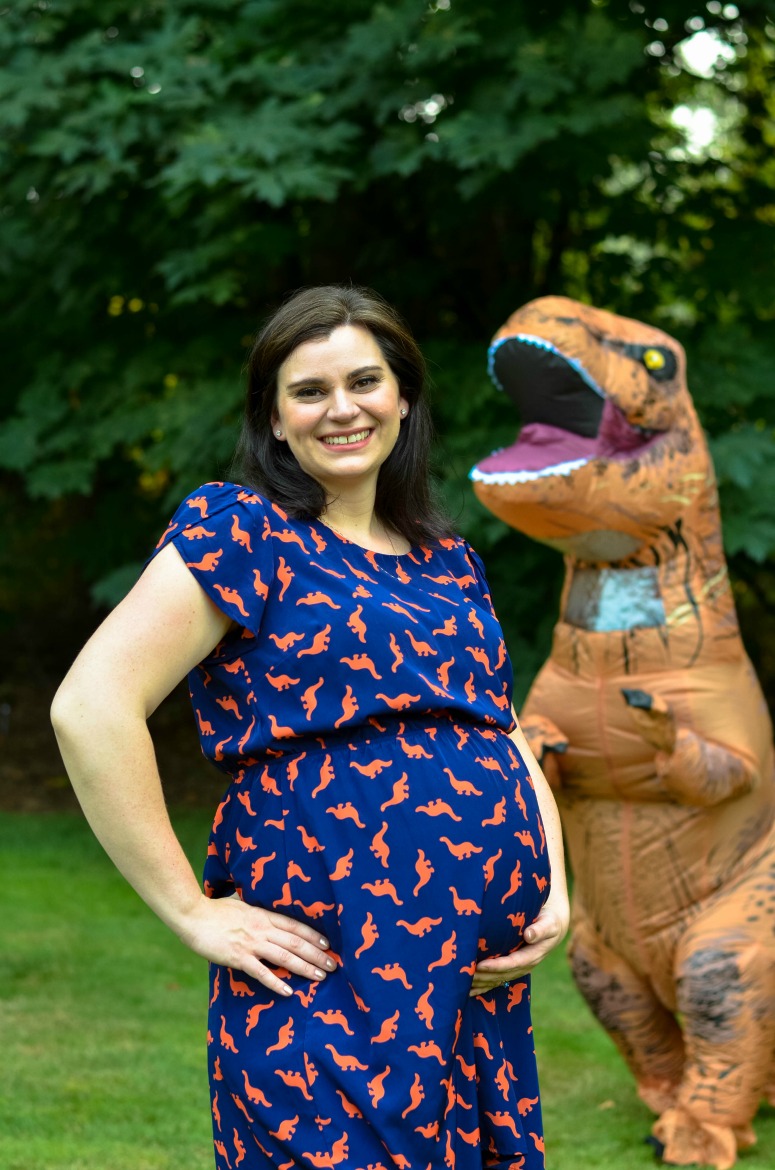 Sarah and I talk a lot. Like a lot a lot. During one of these conversations, we mentioned the idea of Brad also getting a costume and having him included in the photos. We did a couple of Sarah along with both Tyler and Brad. 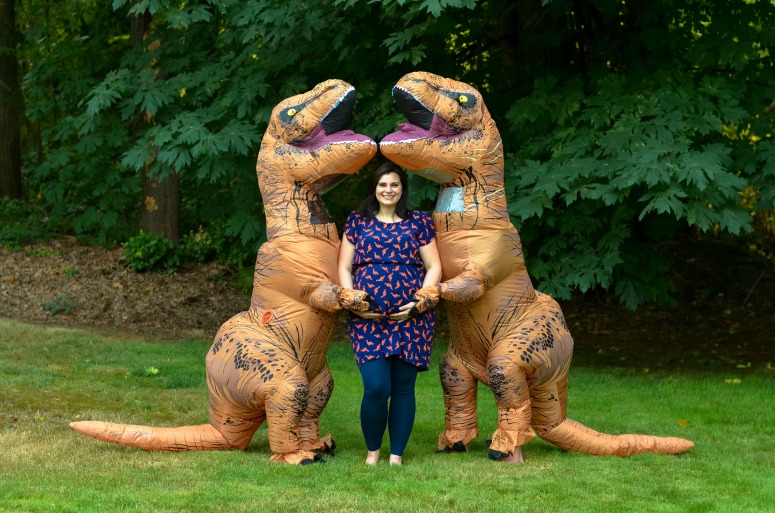 This one might be one of my favorites. Brad’s T-REX Costume included a sound button and he unexpectedly pressed it while I was taking the photo. Sarah immediately started laughing and I love that I was able to capture it. 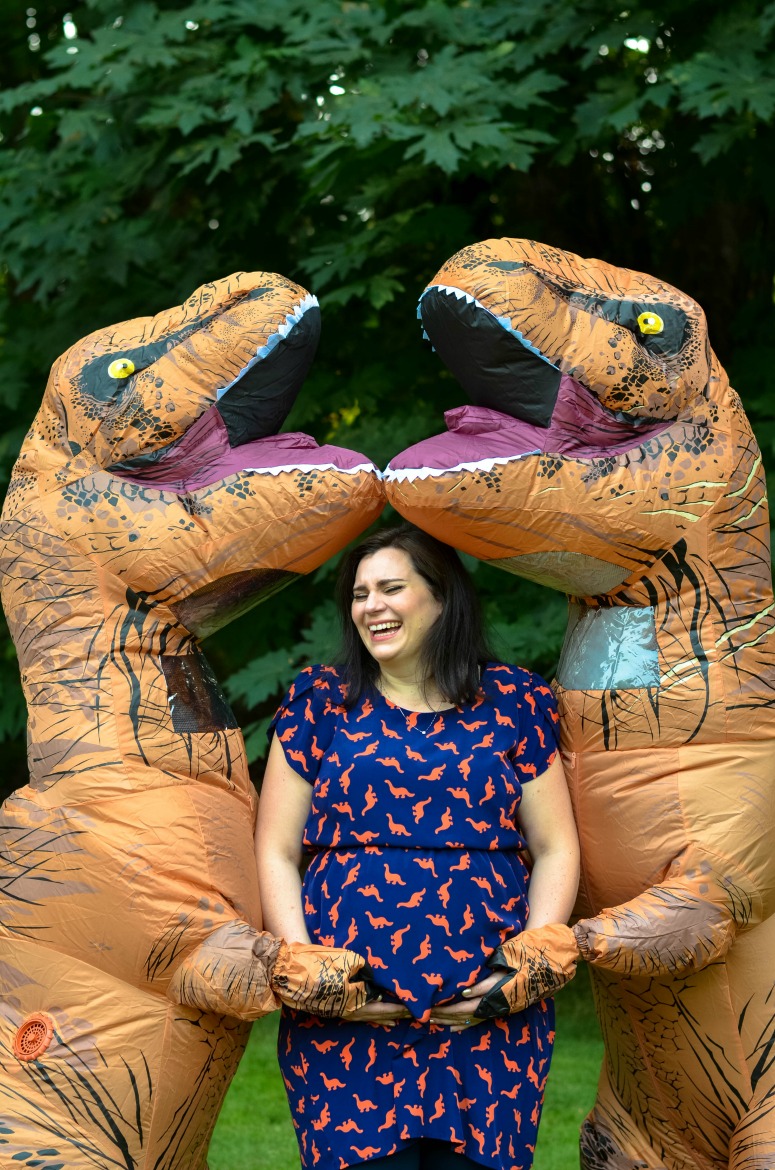 Of course we had to end the shoot with a “prom pose” featuring both couples. 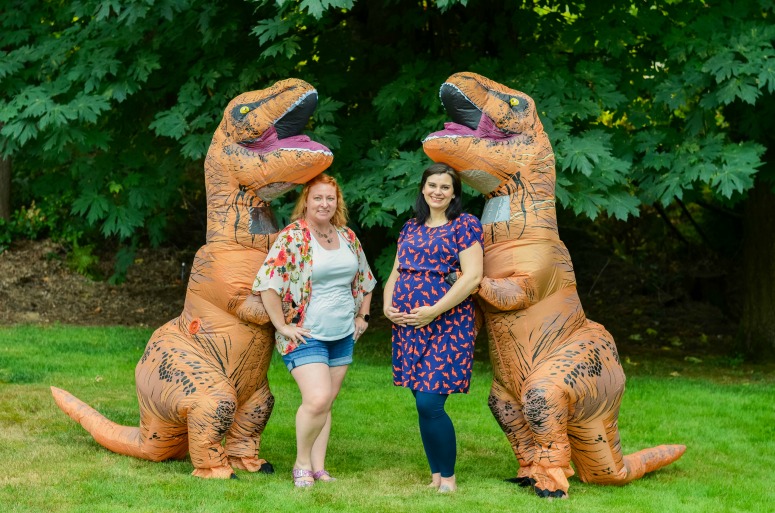 This T-Rex Maternity Photoshoot was SO much fun and I am glad we have husbands who were willing to play along.