Pip has a few favorite things. Soft blankets, belly rubs, his house, and toys. He spends many evenings cuddled under a blanket on the couch (even during the summer). Pip loves his toys. His house is full of toys which have been relocated from the toy box. While the balls generally get destroyed as fast as he can, there is one toy that he guards (and cuddles) every night. 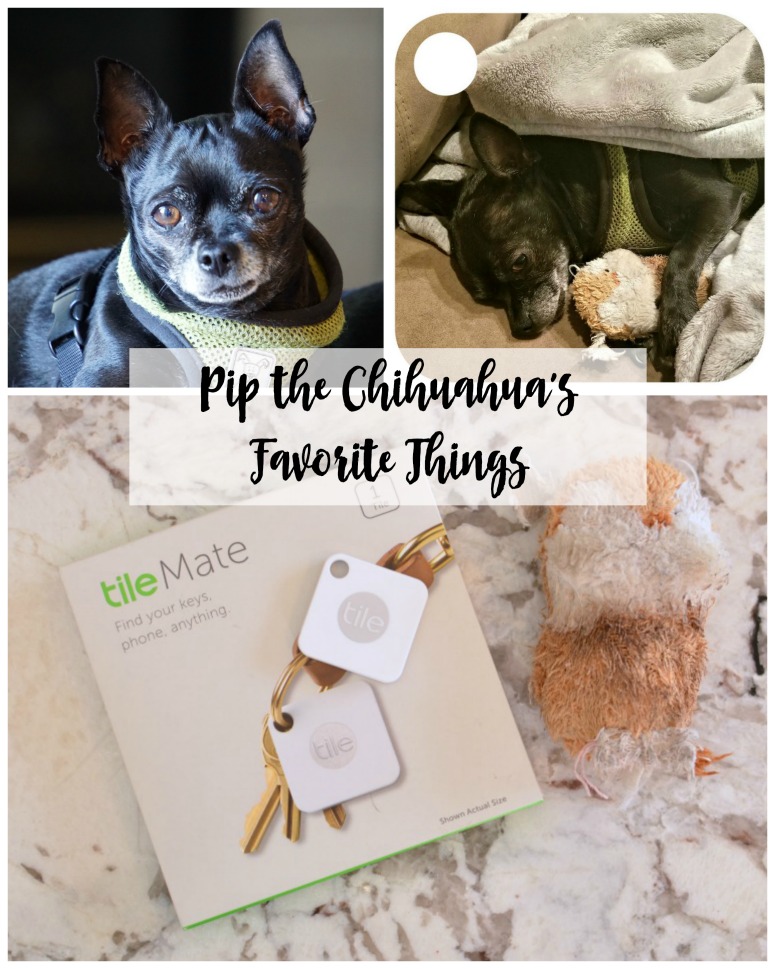 When we got Pip, I bought him and Princess a matching set of toys. One was a green elephant and the other was a tan chipmunk. While this chipmunk has seen many better days, I don’t have the heart to send it to a better place because Pip loves it so much. Even as I write this post, Pip is under a blanket next to me, snoring and cuddling his toy. 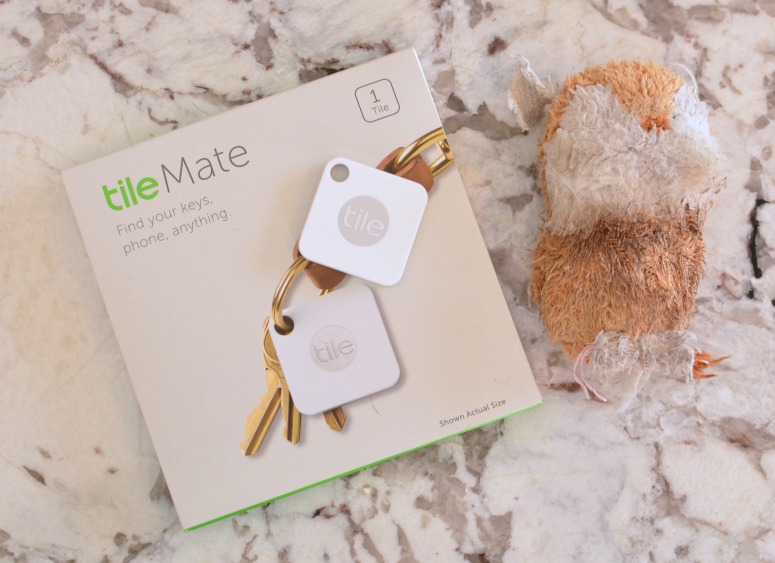 Tile is a bluetooth tracker which can be attached to everyday objects. I gave my mom a couple of them last year for Christmas and she has admitted that she has used it multiple times since then. While tile can be useful for tracking common objects, it can also be used to track other objects that you need to keep track of.

While Pip’s toy would be a prime candidate for tile because I know that Pip would be devastated if it were lost, I also don’t trust Pip to not chew on the tile when he plays with the toy. I decided to put the tile on something that *I* don’t want to lose – my camera. Generally my camera lives on our kitchen island, but every once in a while it wanders off and it would be nice to find it via tile. 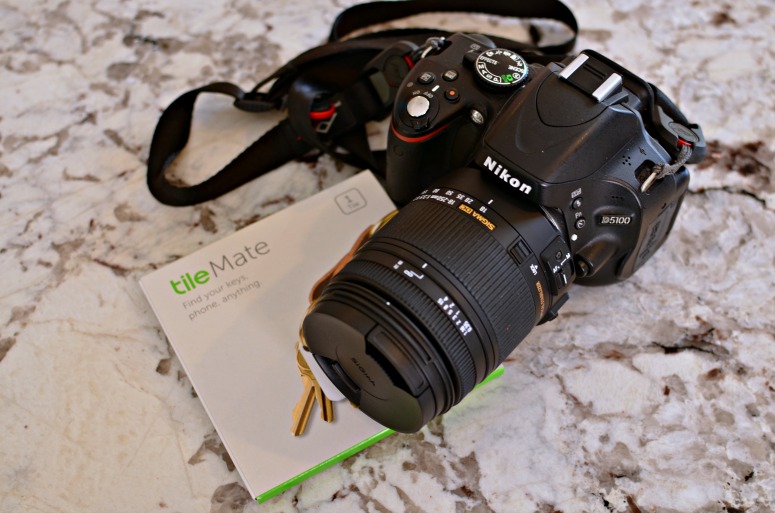 What item would you put tile on to ensure that you could always find?