Thanks to Toyota for providing a Rav4 for this post. All opinions are my own. 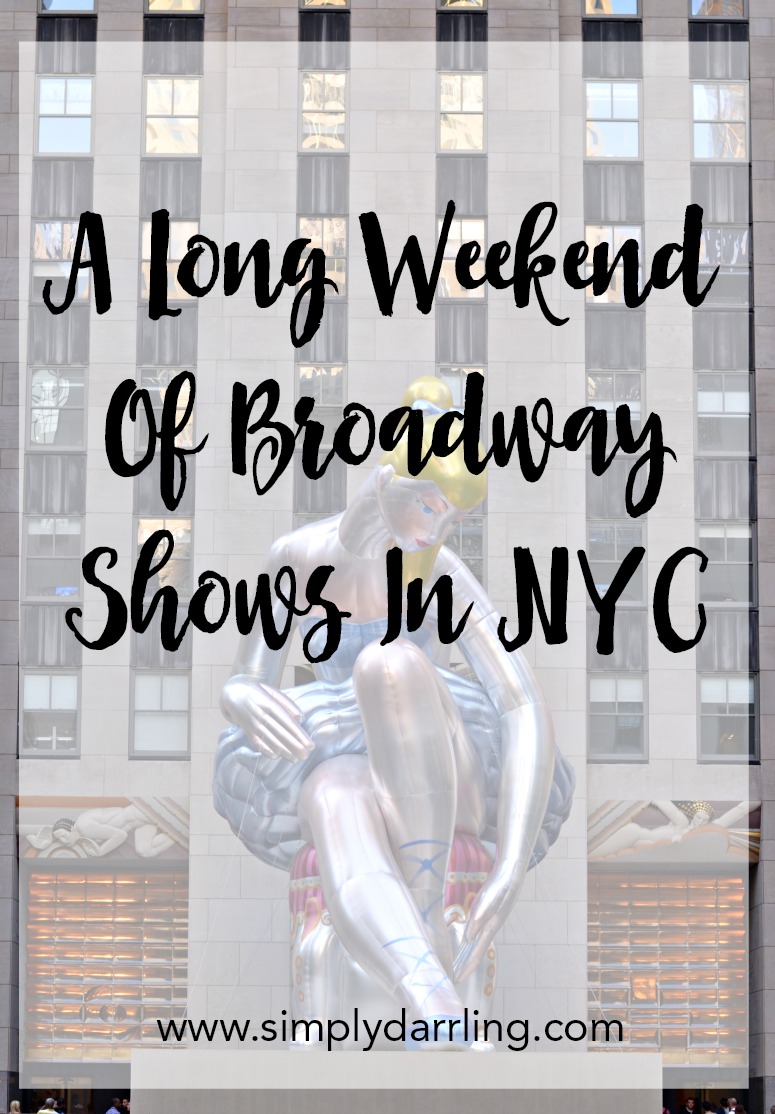 My suggestions for getting tickets to shows are going to depend on a variety of factors.

First of all, if there are specific shows you want to see, and know that you want good seats then buy those tickets before you head out to the city. Also, if you have a relatively large group and all want to sit together I recommend buying the tickets early.

If you don’t have a preference for shows, then an app like Today’s Tix or TKTS is a great option because you can often get a good deal on the tickets. You probably aren’t going to find tickets for The Lion King or Wicked for a discount; however, some of the less popular (but still good) shows are easily available. At TKTS, there is also a separate line for musical vs play so if you are getting tickets to a play you can often wait in a shorter line. Even though the line looks daunting, it moves quickly, so don’t be intimidated. 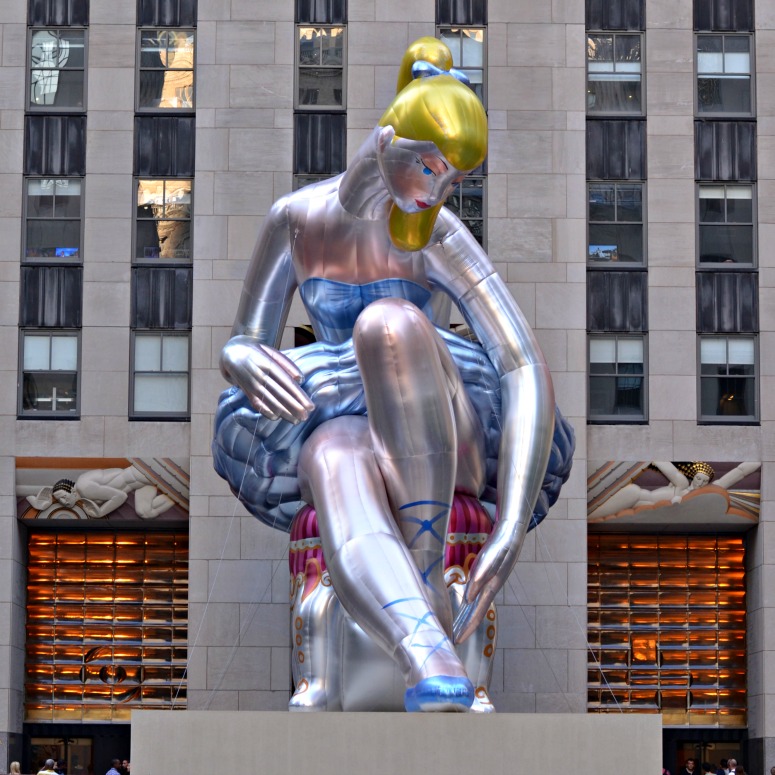 When I planned my long weekend of Broadway shows, I did somewhat of a combination of these two approaches. For the show that I really wanted to see I bought the tickets beforehand and then played it by ear to get other tickets. Since I was only needing a single ticket, it was easy for me to get good seats for performances either the same or next day.

Depending how ambitious you are, it is possible to see multiple shows in a day as well. See one as a matinee in the early afternoon then head to another in the evening. Most of the shows I saw started after 7pm so it would have been easy to catch one earlier in the day.

In the past, I’ve posted about how to navigate the NYC public transit and think that it is a great option for traveling around Manhattan; however, a long weekend is also a great way to work NYC into an extended East Coast trip. This is actually how I visited New York City for the first time – on a family trip to the East Coast. Having a car like the Toyota Rav4 is a great way to drive around the East Coast. It is small enough to maneuver the city; but there is still plenty of space for people and suitcases. 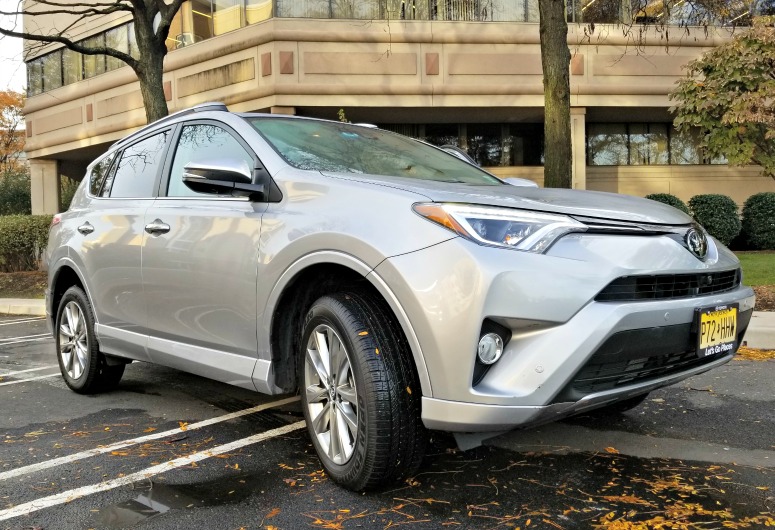 The first thing I noticed in the Toyota Rav4 were these cinnamon colored seats. It was definitely a fun surprise when I opened the door. It was also super comfortable while driving around and I totally enjoyed some heated seats on the chilly fall mornings. The cinnamon coloring extended throughout the interior and added a nice touch throughout the car. The Rav4 has awesome trunk space, I’ve driven them in the past as well and easily fit multiple suitcases and backpacks behind the second row. 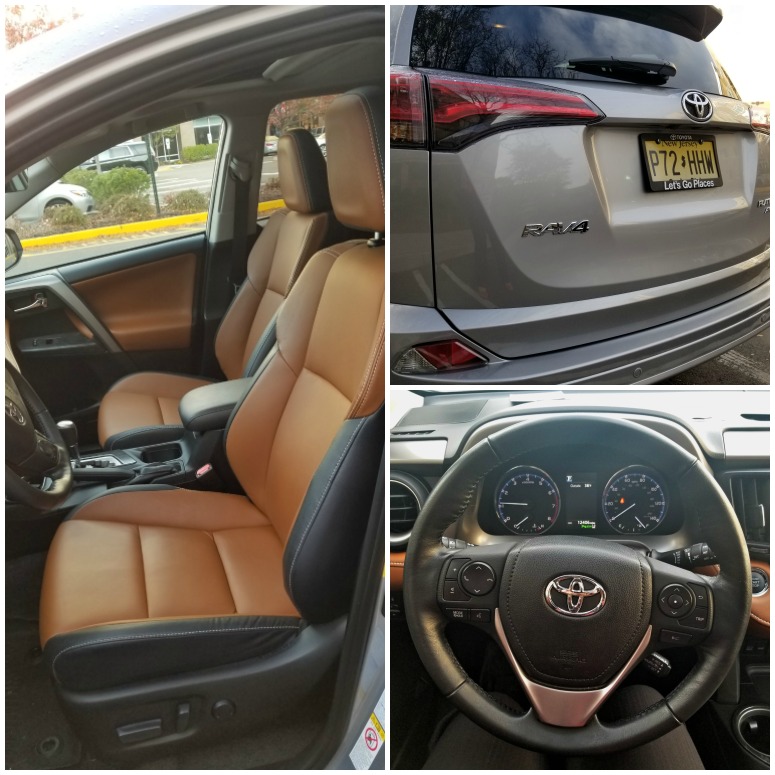 If you are going to be heading to New York City, take some time to watch a Broadway show (or three) and have an amazing time. I also recommend you check out the Toyota Rav4 if you are in the market for a new car!