If you have been around here awhile, you know that Brad and I are big University of Washington fans. Both of us graduated from there, and we love going to the football games. This year has been working to make up for the lackluster years of my college experience (I still remember the year we were 0-12, we couldn’t even beat the Cougars that year!).

I recently got to spend some time with a Lexus RX450 Hybrid and also have an absolutely amazing time at the Husky domination over the Oregon State Beavers. Many of my coworkers are located in Oregon so it has been fun to trash talk a little bit about the Husky team this year. 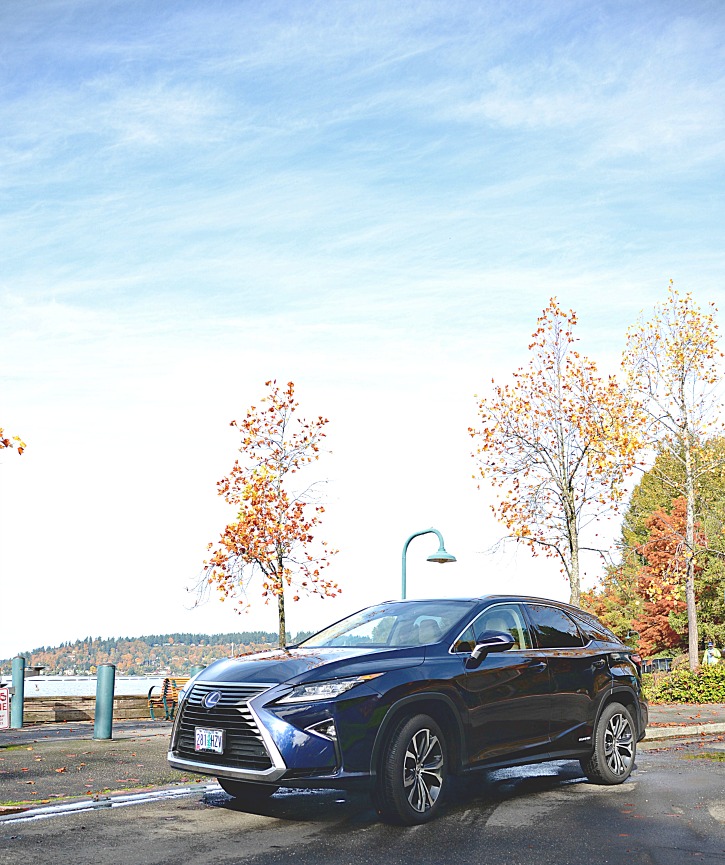 The first thing that I noticed when I got into this Lexus RX was the gigantic center screen. It was large enough that it would actually split into thirds for the rear camera. The center would have an overhead view, the left with a rear camera view, and then the right section would be whatever you assigned (I generally had the radio station information in this section). I think that it might be the best rear view camera that I have seen. The center overhead view blended the multiple cameras together seamlessly. 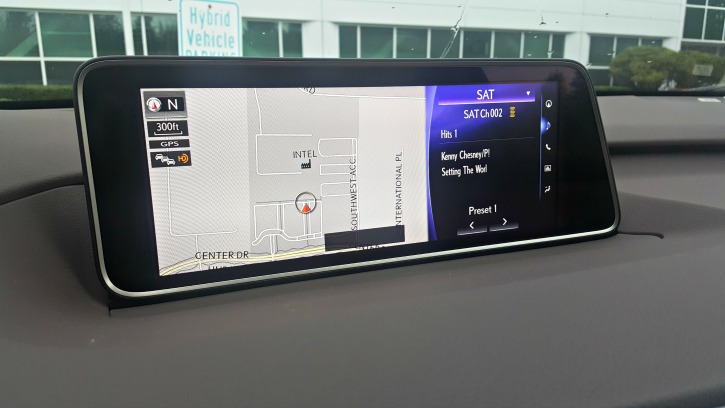 I also discovered that there was a button which would scan a full 360 degrees around the car. Check out this video below to see it in action.

Throughout the Lexus RX450 are high-end features. I absolutely loved the look and feel of the bamboo accents; plus the leather was super soft and comfortable. I loved having the option for both heated or cooled seats (and might have been known to toggle back and forth between them throughout the day). Some other awesome features include a HUGE sunroof, cup holders that had height adjustment based on your cup, a “mouse” to control the center screen, and safety features such as blind spot monitoring and lane departure warnings. 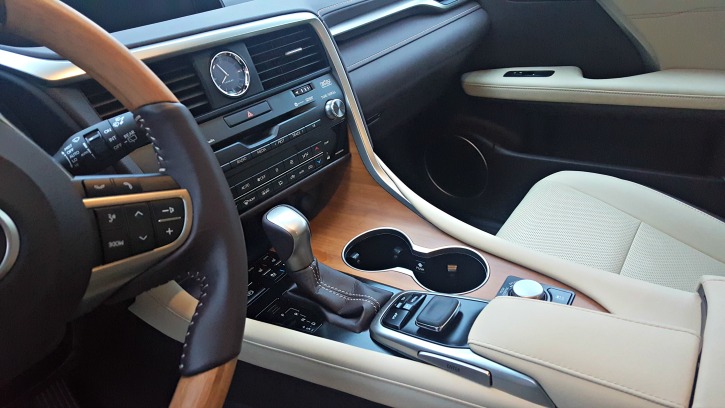 The steering wheel featured the bamboo and leather accents as well; plus it was heated which was nice for my morning and evening commutes. Side note, how fun are these #MathNerd leggings! I might have worn them to work once or twice so far. 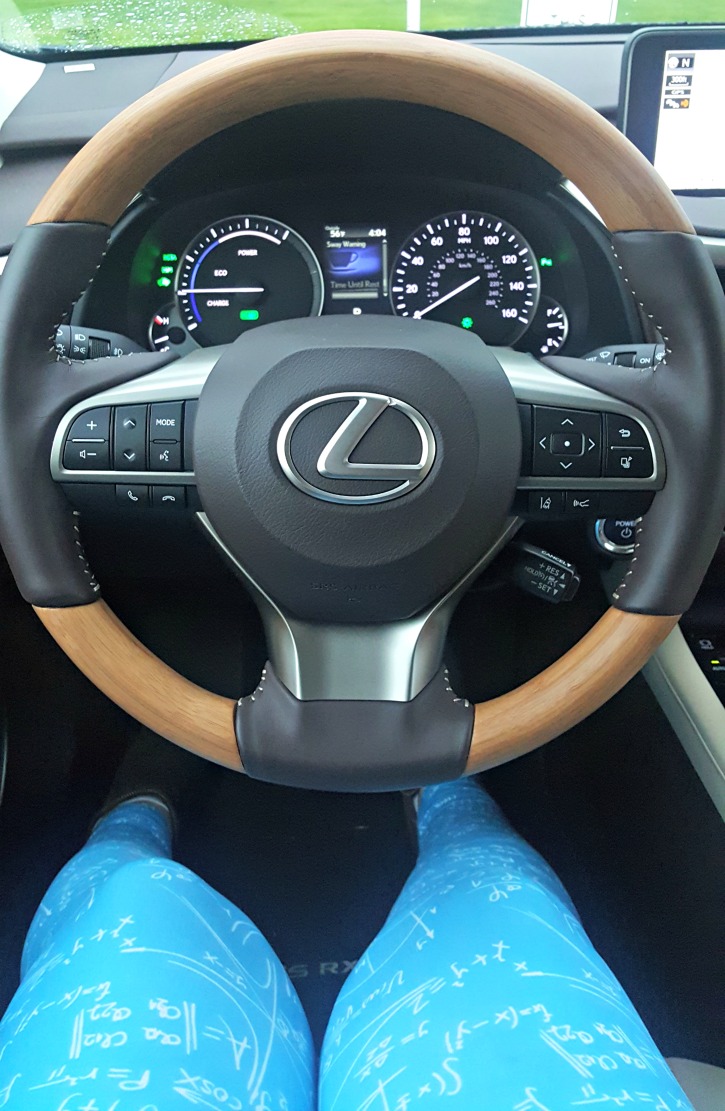 Now for some shots from the awesome game. Brad and I were given tickets which allowed us to experience the game from the field. It is amazing to have this different angle and see how the game looks from the point of view of the players. The Huskies dominated the game, going into half time with a 31-0 lead! The Beavers were able to come back some in the second half, but we still were able to maintain our undefeated record. 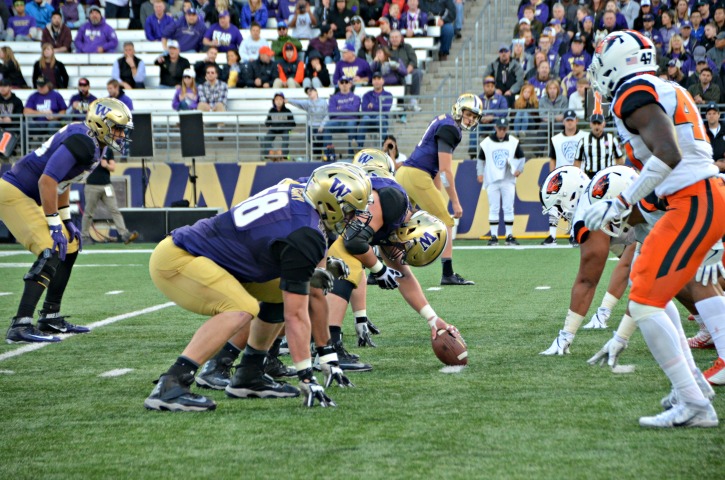 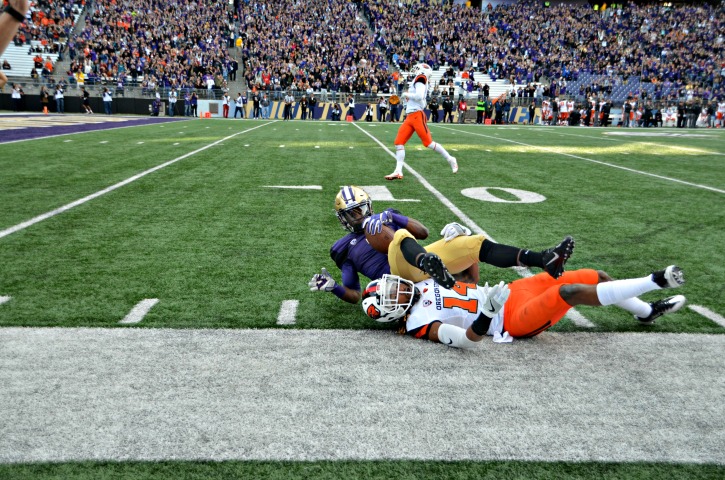 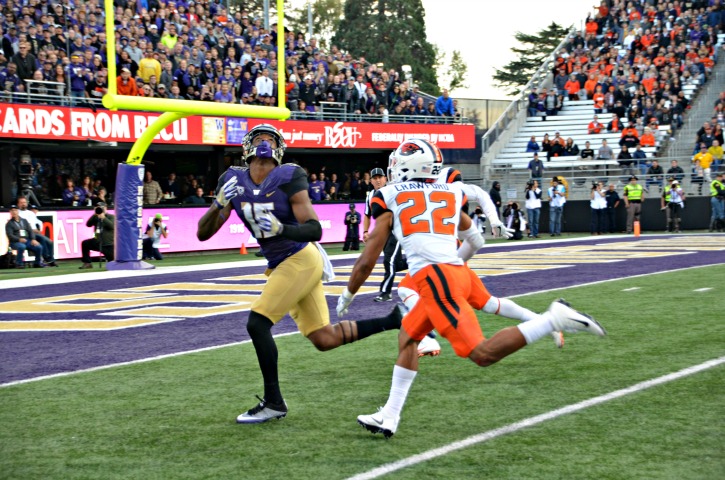 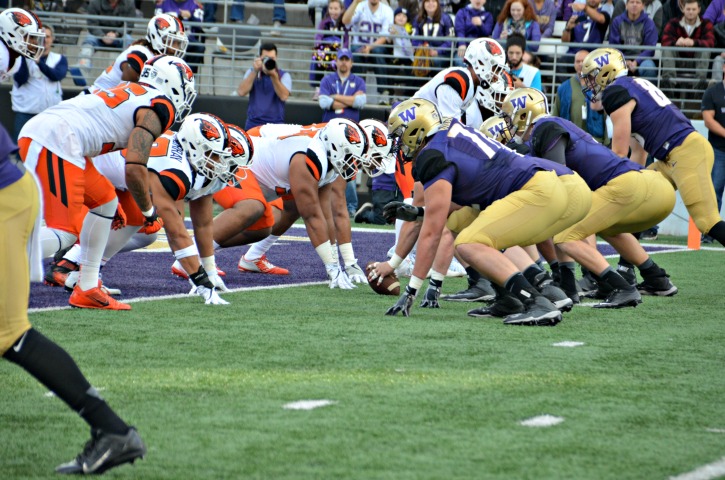 Brad and I are holding out hope that we can continue this winning streak and make it to an awesome bowl game (or dare we say playoffs?!?). 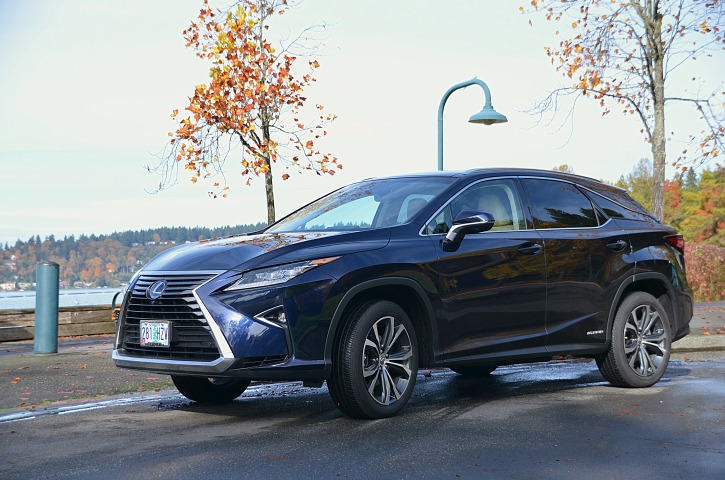 The 2016 Lexus RX450 Hybrid was hard to say good-bye to when it was time for it to be picked up. I absolutely loved so many aspects of it and had a lot of fun driving it around.