This shop has been compensated by Collective Bias, Inc. and its advertiser. All opinions are mine alone. #LoveYourPC #CollectiveBias

Happy December! I’m sure it is not just me who thinks that December goes twice as fast than the rest of the year. There is so much to get done in the few weeks between Thanksgiving and Christmas; and I want to savor every minute of it. Many of the things on my to-do list require using my laptop to complete. With the new 8th Gen Intel Core Processors, I knew it was a great time to upgrade my laptop to something more powerful and give myself the gift of time since my laptop won’t be slowing down the completion of my to-do list. 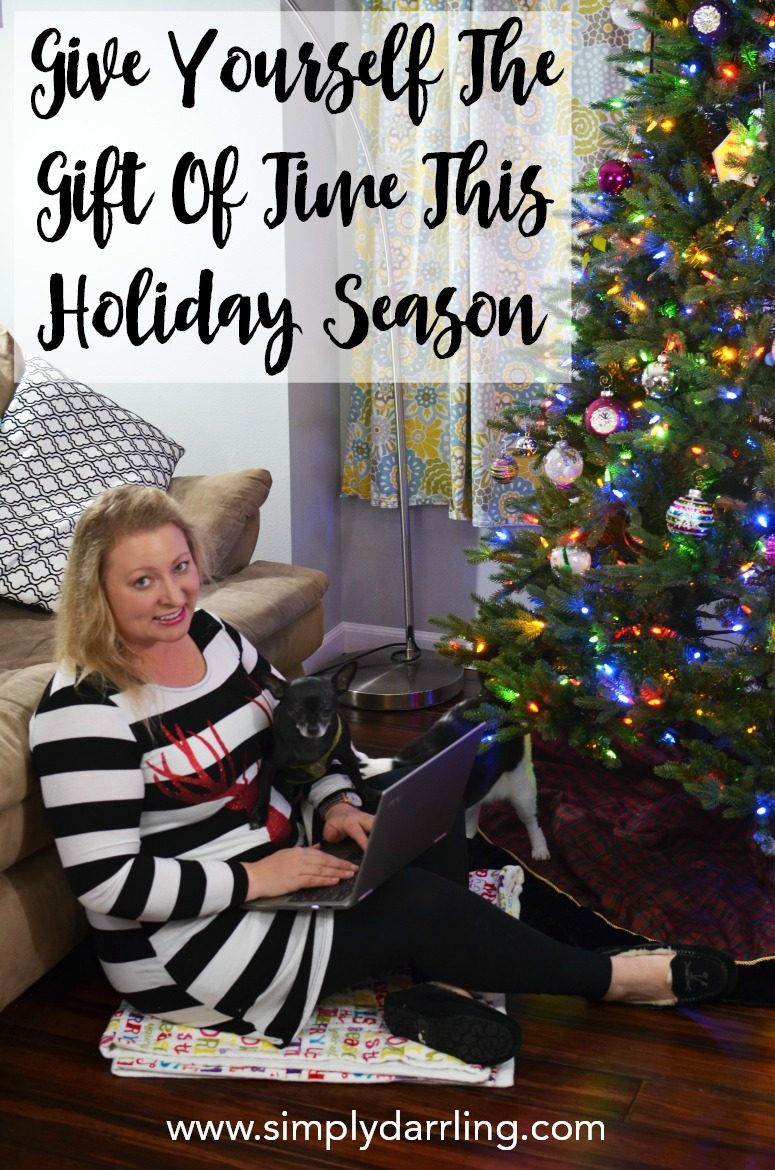 During the holidays, I look forward to taking my work away from the desk. Many times I’ll throw my laptop in my purse and head down to the local coffee shop to edit photos, write posts, and complete a bit of online shopping. With an 8 hour battery life in the Lenovo Yoga 720, I don’t have to worry about carrying around my power adapter or making sure that I get a seat by an outlet.

I always have multiple programs open on my laptop, and a gazillion tabs open in my web browser (OK, maybe a gazillion is a bit of an exaggeration, but not by much). I need a laptop that can keep up with my multi-tasking and quickly change between files and programs. 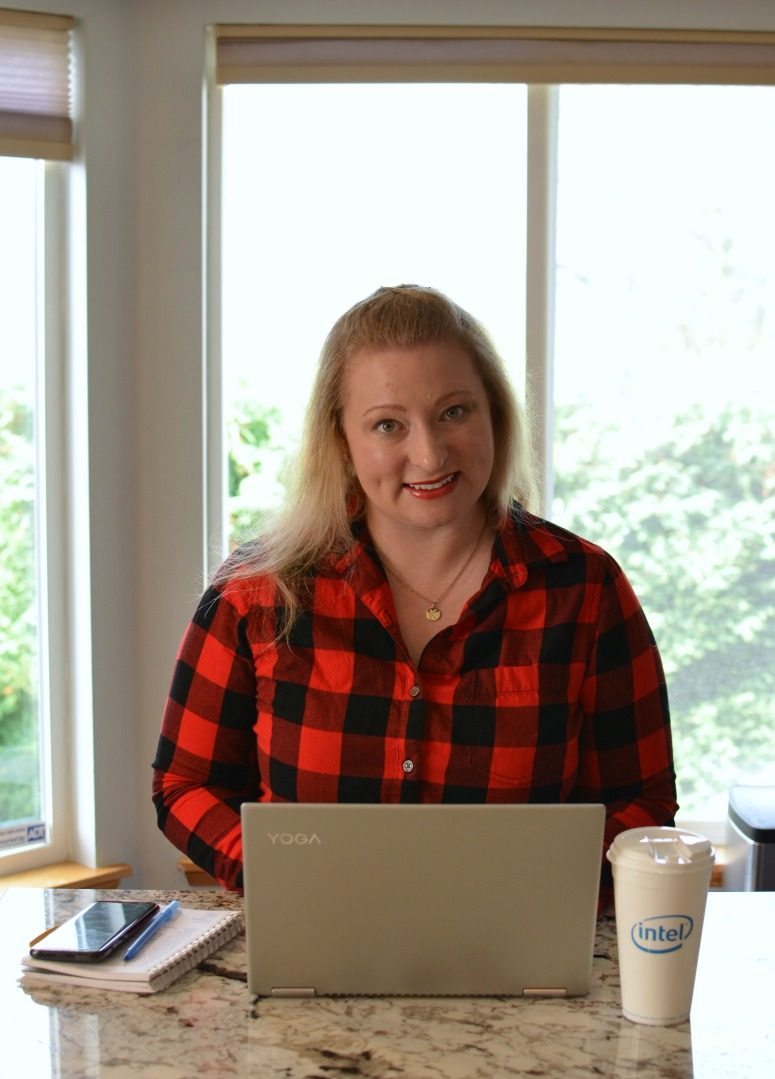 At home, I utilize our cozy Christmas tree for getting work done. It is only up for a few weeks a year so I like to enjoy it as much as possible. The only downside with this is that many times I will be joined by a furry companion who thinks that they can help with whatever I’m doing on the laptop. While the laptop is touchscreen, it doesn’t quite know how to interpret nose and paw engagement so fortunately I’m safe from Pip & Princess ordering dog treats by themselves online at this point.

If you are looking at buying a new laptop soon, I’m sharing a few details on why the 8th Generation Intel Core processors are pretty awesome, and also some keys to look for in a laptop. I’ll give you a warning now that I’m going to geek out a bit in the next few paragraphs, but these technical specs are actually pretty exciting for me.

The 8th Generation Intel Core processors launched just a few months ago. These processors have significant improvements over the previous generations, such as the increase to 4 Cores/8 Threads. A thread is a pathway inside the CPU core which executes code; hyper-threading allows for multiple threads within a single processing core. This increase in core and thread count in the 8th generation means that you have more processing power in your laptop; benchmarks show a 40% performance increase over the previous generation, and twice the performance of a computer from 5 years ago!

The 8th Generation Intel Core Processors have also been optimized for graphics processing and can be used for streaming or creating 4k video content. More streaming services are going to be offering 4k videos, so take advantage of this increased resolution and enjoy shows to the fullest. If you are creating content, this optimized graphics core allows for faster video rendering. A 4k video that takes 45 minutes to render on a 5 year old device can render in just 3 minutes on the 8th Generation Intel Core Processor! Just think how fast you can make some awesome family videos with this processor.

Even with higher core count and increased graphic processing power, the battery life of devices featuring the 8th Generation Intel Core processors is up to 10 hours (depending on other peripheral devices of each individual laptop). 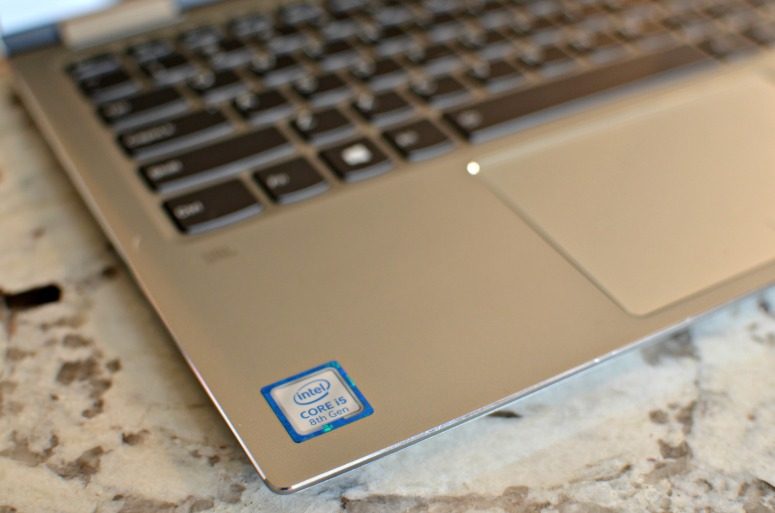 There are two main types of storage drives that you hear about in laptops – Hard Disk Drives (HDD) and Solid State Drives (SSD); however, even within those two categories there are many sub-types of drives.

HDDs have physical moving parts as the drive itself will spin and use electromagnetic devices to read/write the disk. HDDs have some downsides in the fact that they are only as fast as the disk can spin, and can fail if dropped. HDDs do have the upside that they are cheap storage so they are great for backup storage solutions where they are simply going to sit on a desk and hold files that you want to look at every so often.

SSDs use flash memory which is similar to the USB sticks that everybody carries around. SSDs allow for much faster reads & writes of the files, as well as a much faster boot time. Not all SSDs are created equal, even within this classification there are differences that can affect the user experience. This Lenovo Yoga 720 featured an NVMe SSD which uses the PCIe bus to transfer the data to and from the drive. This is faster than using the SAS or SATA bus that other drives will use. While it may seem that both of these buses are fast, when dealing with large files such as video there is definitely a noticeable difference.

There are a few other versions of SSDs such as M.2 and Intel Optane (3D XPoint) technology; but these aren’t as common quite yet, and are a post for another day. 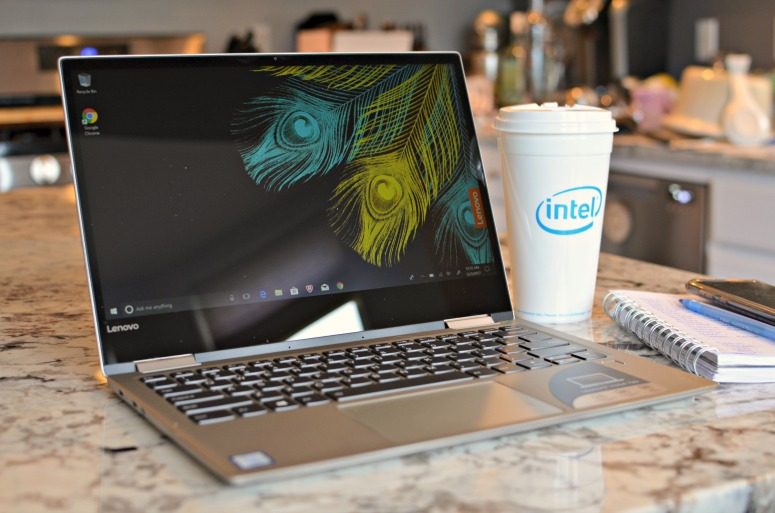 After researching which laptop featuring the 8th Generation Core processor was perfect for me, I headed to Best Buy to pick up my Lenovo Yoga 720 which features the i5 version of the processor. It also features 8GB of RAM and a 256 GB PCIe SSD. I am loving this laptop and enjoying how fast it is while I test it’s limits. 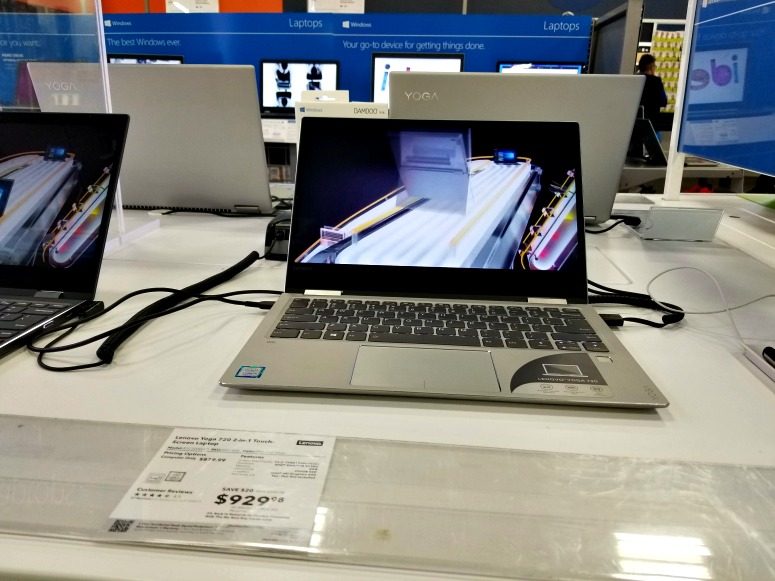 If your computer is starting to show it’s age, or you are looking for an upgrade as you use your laptop in more power-hungry applications; check out the 8th Generation Intel Core Processor family. You will be amazed by it’s computing power and love your laptop again. And feel free to send me an email with any questions about devices you are researching or post the questions in the comments!