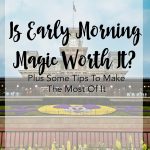 Whenever Brad and I travel, I look for unique activities that we can do while on vacation. While looking at different meal options for us at Disney World, I discovered Early Morning Magic. As I read more about it, I knew that it was something I wanted to book for our trip; especially since the availability lined up with the day we were already planning on being at Magic Kingdom.

The quick explanation about Early Morning Magic: Early Morning Magic is basically an hour and fifteen minutes of exclusive time in Fatasyland with a limited number of people. There are 3 rides open during Early Morning Magic – Peter Pan, Adventures of Winnie The Pooh, and 7 Dwarfs Mine Train. There is also a breakfast buffet that starts part way through the event. 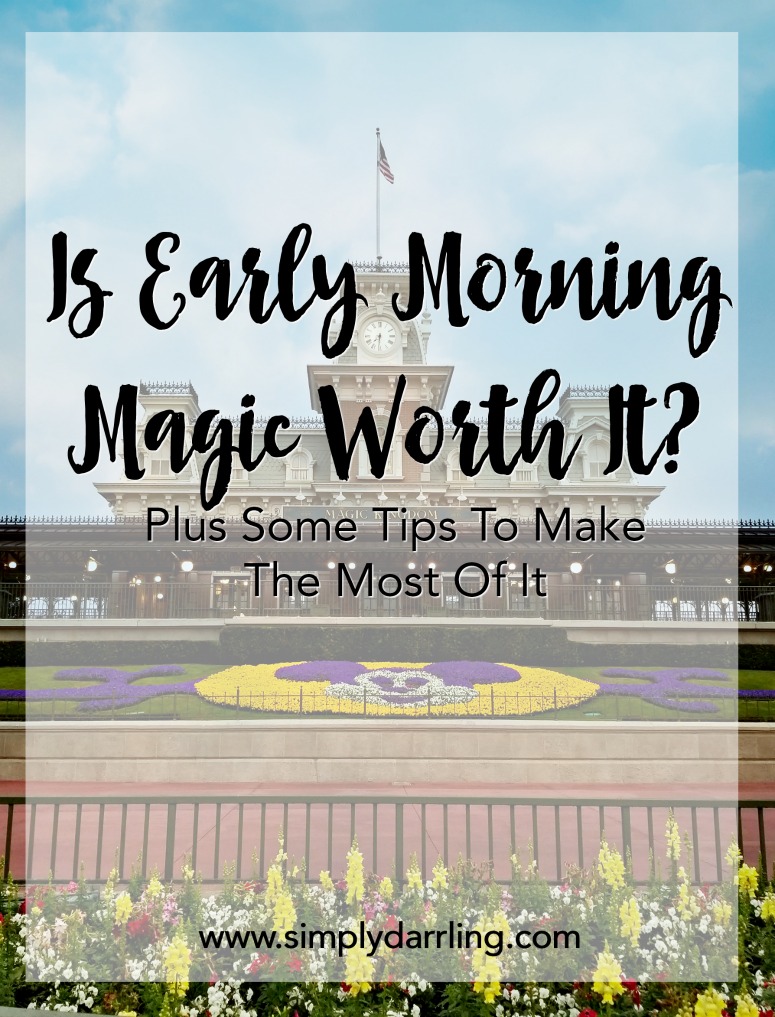 One of the reasons that I wanted to book Early Morning Magic is because I haven’t been able to get a fast pass for 7 Dwarfs Mine Train and I refused to stand in line for 2 hours just to ride it.

Since it can take a while to get from the Magic Kingdom parking lot to the actual gates, I wanted to give us plenty of time to get there. We arrived at the parking lot about 7am, before they even had people out there taking payment for parking. The parking lot attendants were in the lot when we got up there and they got us parked in the front row of the Preferred Parking section. The attendants told us that the ferry wasn’t running yet, but that we could catch the monorail.

As we walked up to catch the monorail, some other people came walking towards us and said that they had been turned away at the monorail and told to take the bus. This is when I’m glad we had given ourselves plenty of time because the bus stopped at a couple resorts before actually arriving at the Magic Kingdom. 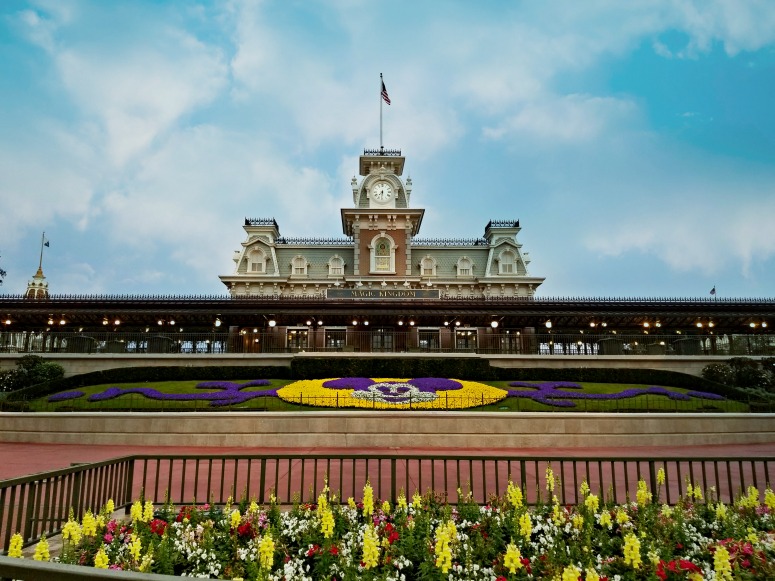 Once we arrived to the main gates, they scanned our Magic Bands, saw we had the reservation, and then gave us special wrist bands to show that we were part of the Early Morning Magic group. There were people with early breakfast reservations who were also arriving at this time so they got different bands which allowed them into the park, but not on the rides.

Once gates opened, everybody worked their way up Main Street and towards Fantasyland. I was *hoping* to get some good “empty Main Street” photos; but that didn’t quite happen since there were still a decent number of people entering at once. I made the mistake of going back out to the Main Street area about 8:30 (the park opened at 9) and I forgot that they let people into that area early so it was even crazier out there than when we first arrived. 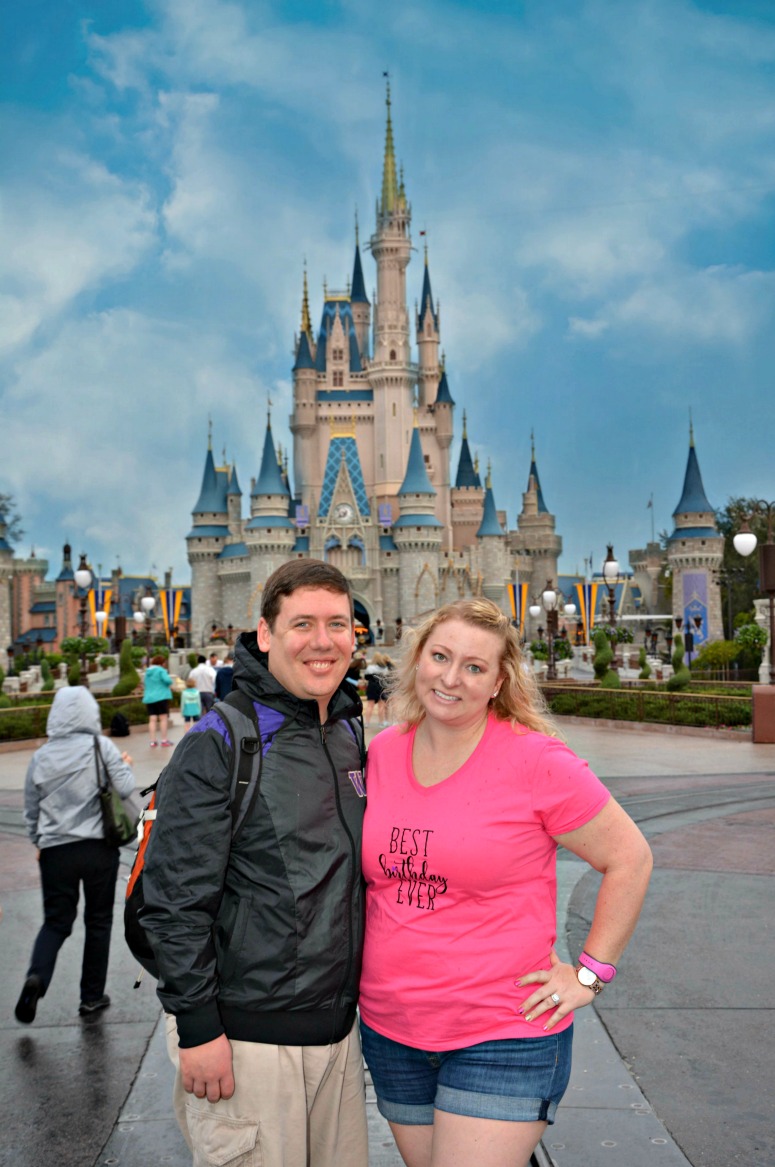 The first ride that I headed for was 7 Dwarfs Mine Train. Brad doesn’t do roller coasters so he waited for me while I did a couple runs. Since we could, we headed to Adventures of Winnie the Pooh, but decided that we really only needed to do it once. We tried to go ride Peter Pan, but it was having some mechanical issues so we didn’t get a chance. I found out later that we could have gone through the fast pass line up until noon.

On the 7 Dwarfs Mine Train, you do have to get off the ride after you go on it, but they have the rope down so that you can basically cut straight from the exit to the entrance. I lost track how many times I rode it in total, it was either 6 or 7. I could have gotten a couple more rides in if it wasn’t for my trip back to Main Street in attempt for some photos. My final ride was right at 8:59 before they opened the ride up to everybody else; and I was the only person on the entire ride! 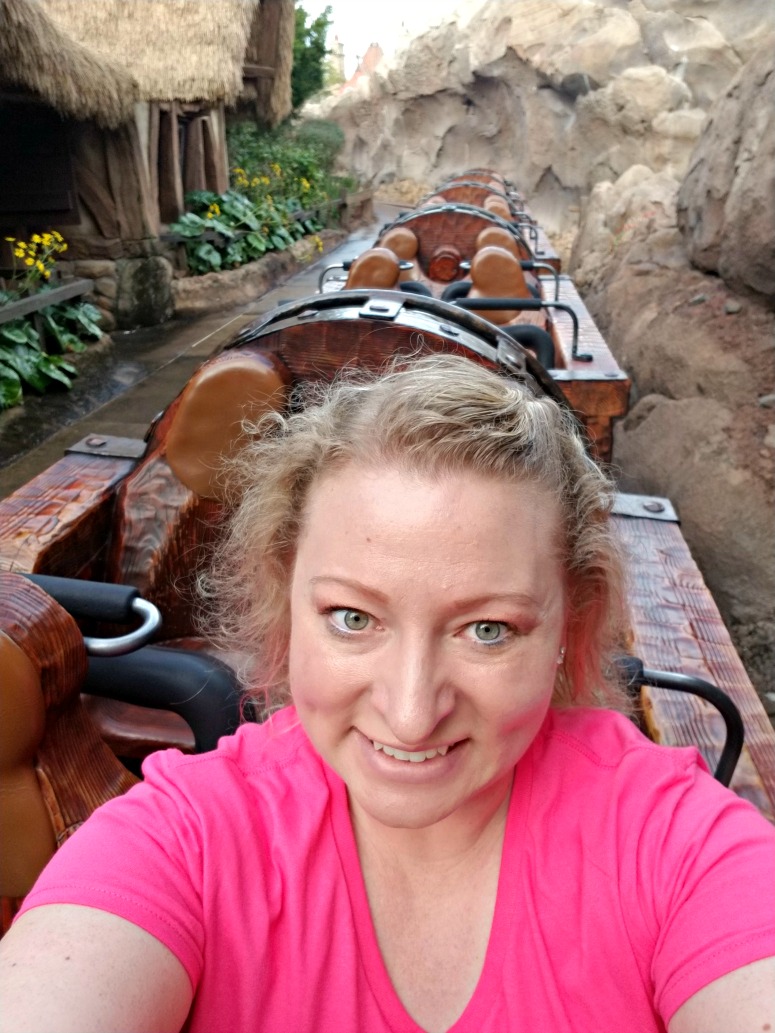 Once the park opened, we headed over to Pinocchio Village Hause for our breakfast buffet. The buffet was pretty standard breakfast buffet, but since I was in it more for the rides than the food, it was a good breakfast.

Overall, I would recommend Early Morning Magic to anybody who wants a chance to ride these three rides before the park opens to anybody else. You might not be able to get any “empty park” type photos, but you will be able to get many hours worth of rides in before the park even opens. Before you head out to the parks, also make sure to check out this post on Essential Disney Vacation items available on Amazon. Some of the items will make your trip easier, others will be great souvenirs.