I was provided with a Toyota 86 to facilitate this post. All opinions are my own.

Brad and I have always wanted to head to a bowl game to watch the University of Washington Huskies. In past years it hasn’t worked out because the flights are always so expensive, or the games are mid-week so I would need to take multiple days off of work. This year, the stars aligned and we were able to book a somewhat inexpensive trip town to Phoenix to watch the Fiesta Bowl.

After going through this experience, I have a few tips if you are thinking about going to your favorite NCAA football team’s bowl game. 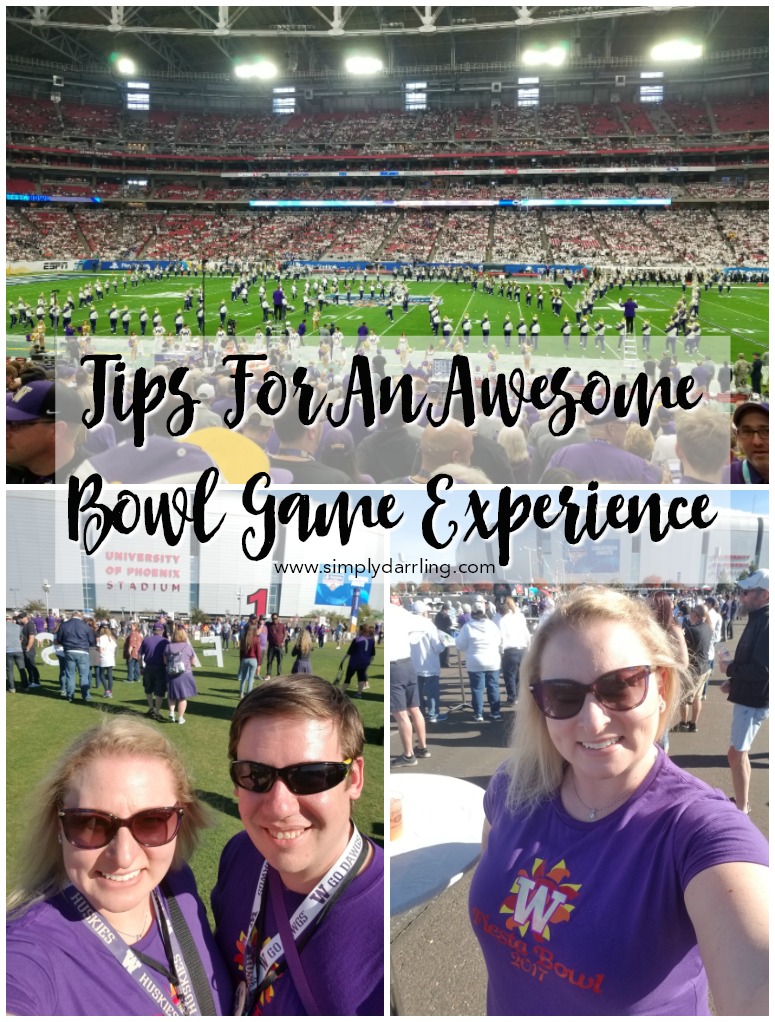 Flights – Unless you are lucky enough to live within driving distance of the bowl game, your flights are most likely going to be the most expensive part of the whole experience. Leading up to bowl selection, there was talk that we were either going to end up at the Alamo Bowl (San Antonio) or Holiday Bowl (San Diego). I started looking at flights around the dates of those games and had resigned myself that this probably wasn’t going to be the year we attended a game. Right before the selections were about to start, Brad let me know that there was talk we might get into the Fiesta Bowl so I pulled up flights, saw the price was reasonable and we made a quick decision that if we got it, I would book them. Within 5-10 minutes of hearing the bowl game announcement, our flights were booked.

Only a couple hours later, flight prices had doubled, and by a couple days later they were over $1400 a person! We definitely made the right decision to book our flights right away.

Tickets – Since we are season ticket holders, we could have put in a ticket request before the games were announced. We opted against this because our decision was based on the flight cost at the time, not ticket cost. Once our flights were booked, we put our ticket request in with UW. This was for somewhat of a “second priority” for those who are ticket holders, but didn’t commit early. A few days later we were confirmed for tickets and they arrived in the mail about a week before the game. Getting tickets through the school is the ideal situation because you know that you’ll be surrounded by fellow fans.

Tailgates – There are going to be a lot of people. We got to the stadium about 10:30 (for a 2PM game) and there were already people working on their tailgates. We hadn’t decided what sort of pre-game festivities we wanted to do, but once we got there, we decided on attending the Purple Reign tailgate which was a separate ticket for Husky fans where they had included food, drinks, and activities. I’m glad we did that because it was a bit calmer than the free event, and there were tables we could utilize while we enjoyed our food.

Outfits – Would I really be a crafter if I didn’t make ourselves custom tees? I used my Silhouette Cameo to combine the Fiesta Bowl and UW logo and create our fun tees. I was asked by multiple fans where I got my tee and they were surprised when I said that I made them!

Lodging – Brad and I flew in late at night, and out early in the morning, so being close to the airport was more important to us than being close to the game. If we had spent a couple more days in the area, I would have looked for either a hotel right by the game or some fun resort in the general Phoenix area (there are a lot of them).

Transportation – Many of the bowl games happen to be in nice, warm climates. This is the perfect time to take advantage of it and get a fun car to drive for the trip! If you have time, you can take it out to check out some of the local views and really explore the area.

For our weekend in Phoenix, we had a bright red Toyota 86 to enjoy. 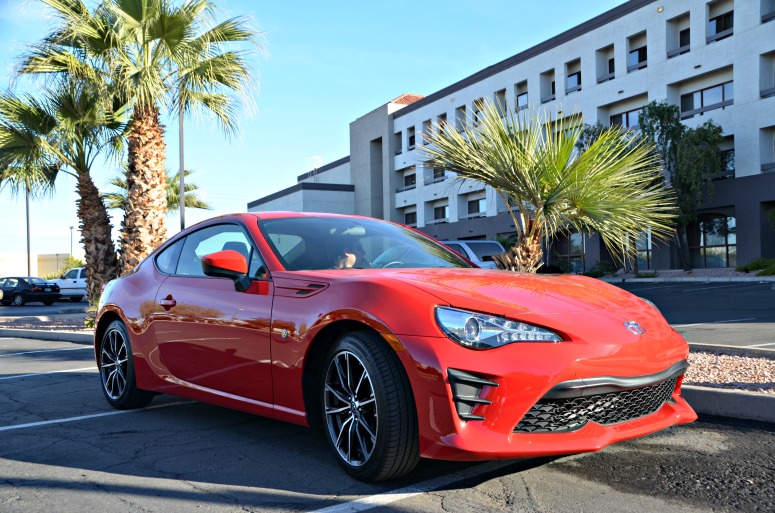 This was definitely a fun car to drive around the dessert before and after the game. It features sport seats which really hold you in while making curves and create a comfortable ride. We had a super short trip so I didn’t get a chance to really check out all the cool features; however,I enjoyed the bit of time that I did have with it. For a trip that was just the two of us, it was the perfect size and so much fun. 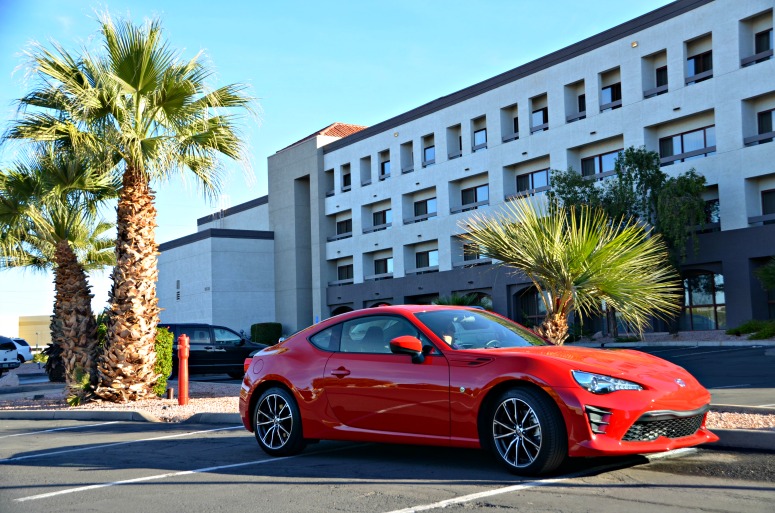 Have you ever attended a bowl game? If you are in the market for a fun to drive sports car (either at home or while on vacation), make sure to check out the Toyota 86!