In a single week, I managed to swim with Manatees, Manta Rays, and SHARKS! When I told my mom that I swam with sharks, she asked if we were in the cage or if the sharks were in the cage; and then was a bit surprised when I said that we swam *in* the shark’s cage. We did this by participating in the Discovery Cove Shark Swim in Orlando, Florida.

Before we left for vacation, I had the majority of the week planned; however, the final Friday & Saturday were still open. I was still somewhat holding out hope that the Space X Falcon Heavy launch would just happen to fall on one of those days so that we could head over to the coast and watch the launch. As we got further into the week, it was obvious that this launch wasn’t going to happen so I started looking at other options.

Brad and I checked out Discovery Cove last year when we traveled with Kevin & Renee and definitely enjoyed our day. You can check out my post about the day here for an overview of what there is in the park. When we booked this day, I wanted to add something special to the day, so I added the new Shark Swim experience. 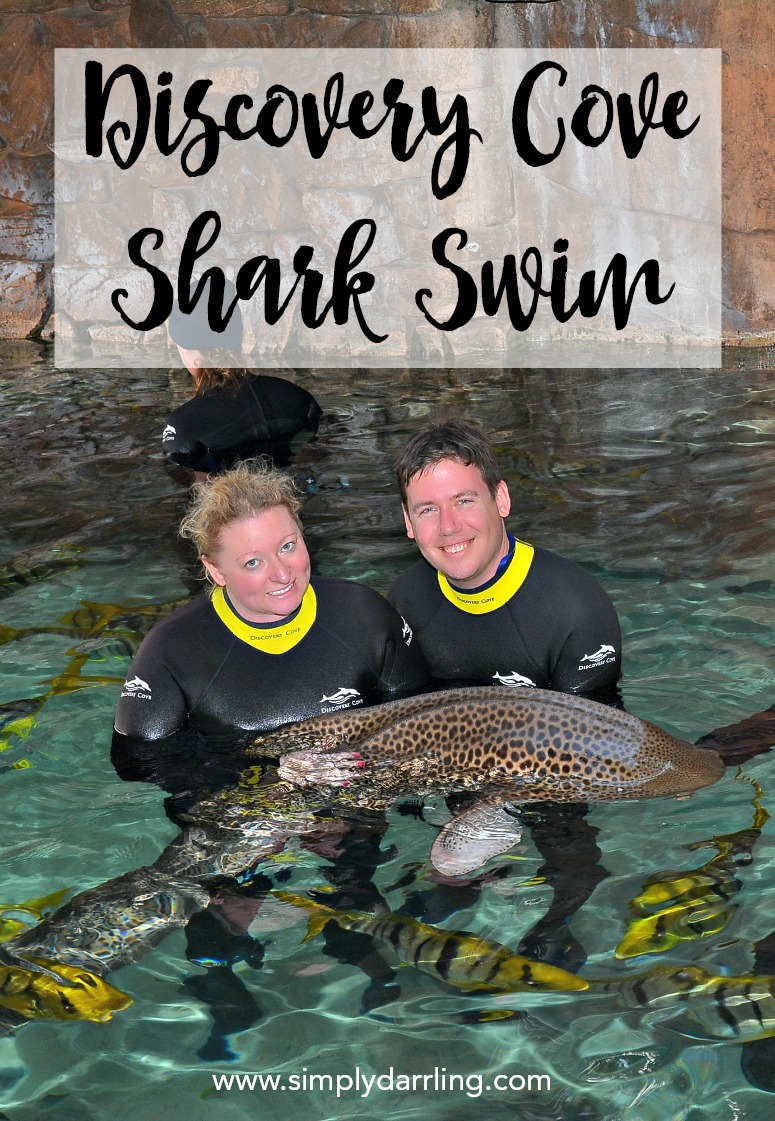 When I signed up for the Shark Swim Experience, I had no idea what I was really signing up for (other than the fact that I knew that we got into the shark enclosure). We started the experience by signing our life away (not really, but all these things have waivers) and getting fitted for a life jacket. Our group had 6 people, and we were separated into two groups because this experience has two aspects. Brad and I were one group, and then the other two pairs were another group.

The Shark Swim Experience is broken into two different parts, the shallow swim and the deep swim. For the shallow swim, we were with one of the trainers who introduced us to a shark up close. We were able to feel their skin, see them move around the water, and in my case, get smacked in the face with their tail (if only the photographer had captured that, lol). 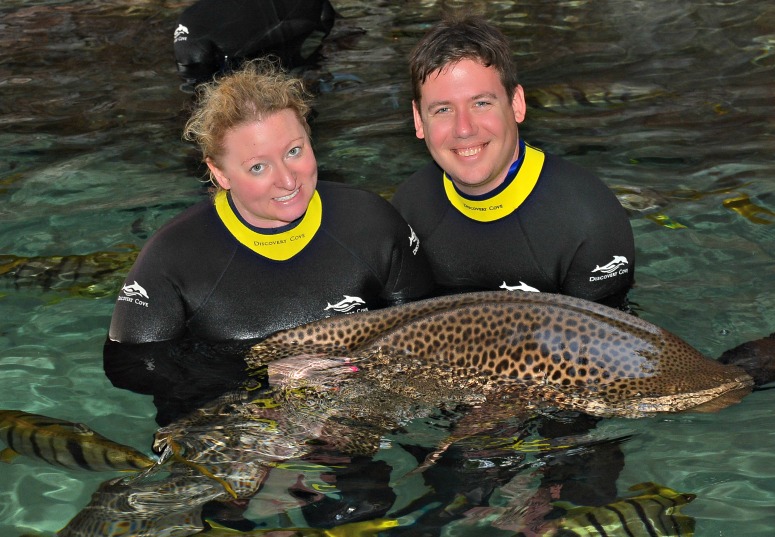 After a few minutes, we swapped to the deep end of the enclosure. During the “swap” all of us got out of the water because in the deep part of the enclosure we also had life jackets and gloves to wear. For the deep end aspect, you pretty much just float around with the sharks swimming under you. Many of the sharks were simply laying at the bottom of the enclosure (the especially like where the water comes out of the filter because it blows across them). There were some Black-Tipped and White-Tipped sharks swimming around the enclosure a couple feet below us. Unfortunately I wasn’t able to bring my camera into the experience so I don’t have any photos of that part.

Overall, it was a fun experience; however, it was pretty short amount of time for the price. Since we were our own “group” I felt like we almost had a private experience which was nice though. It was a pretty light crowd day when we were there so I don’t know how many people could have been on the experience if it was peak season. Each aspect of the swim was about 5 minutes, and the total experience (including getting set up, walking over to the enclosure, coming back to view our photos, etc) was less than an hour. It was something I could check off my list (although, I wouldn’t mind doing a cage swim in Hawaii or something sometime) so for that the experience was worth it for me; but it isn’t something that I’ll have as a “must do” repeat experience.

A Backyard Deck Upgrade
Happily Ever After Dessert Party With Allergies